John Webster was born on 21 October 1863, in Shediac, New Brunswick, the son of James Webster and Roslin Elizabeth Chapman.
After receiving a B.A. from Mount Allison College, he studied medicine in Leipzig, Berlin and Edinburgh before commencing a distinguished career in obstetrics and gynecology He practiced in Edinburgh for a decade before returning to Canada in 1896 to work at Royal Victoria Hospital in Montreal and lecture at McGill University. Three years later, he accepted the Chair of Obstetrics and Gynecology at Rush Medical College at University of Chicago. He quickly rose to head of the department and made numerous contributions to the advancement of the field. His medical thesis and correspondence can be found at the John C Webster Fonds at the Osler Library, McGill University.
In 1899 he married Alice Lusk. They had three children, all of whom had remarkable lives in their own right.
He was still in his mid-fifties in 1919 when he retired from medicine and returned to his childhood home of Shediac, commencing on a second career as a historian. In Canada at that time, history was largely taught through the lens of the British Empire. Webster was a strong early voice for studying the local history of Canada, particularly the Maritimes. He was instrumental in the preservation of Fort Beausejour, actually purchasing the site and donating it to the nation. His historical research can be found in the John Clarence Webster Canadiana Collection at the New Brunswick Museum.
Webster died on March 16, 1850 in Shediac, New Brunswick, aged 86. 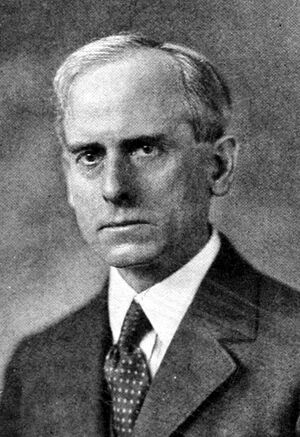