Daniel Webster was born on January 18, 1782 in Salisbury, New Hampshire. His family lived on a small farm that his father had received in honor of his service in the French and Indian War. Despite being poor, Daniel's parents hired private tutors for him and sent him to the Phillips Exeter Academy to study.

Unfortunately, Daniel was terrified of public speaking and that made it very difficult for him to succeed there. When asked to speak in class, he would reportedly refuse to stand up and return to his room in shame. After nine months he was forced to return home when his parents were unable to afford the price of tuition.

From there, Daniel went to Dartmouth College managed to overcome his fear of speaking. He began to enjoy it so much that he joined the United Fraternity Literary Society, where he practiced his art. After graduating in 1801, he was asked to deliver the Independence Day speech for the city of Hanover.

With his schooling completed, he became a legal apprentice under Thomas Thompson. In 1805 he started his own law practice in the city of Boscawen. In 1807, his father took over the Boscawen firm when Webster moved to Portsmouth to open a new law practice. In 1808, he married a woman named Grace Fletcher, with whom he had a son named Charles.

Webster joined the Federalist Party while he was working as a lawyer and was elected to the House of Representatives in 1812. He served two terms in Washington D.C. before moving to Marshfield, Massachusetts to practice law again.

In 1816, Webster fought one of his most famous legal cases on behalf of Dartmouth College. The state of New Hampshire had decided to make the university a public institution, but the university itself wanted to remain private. Webster fought the case all the way to the Supreme Court, delivering an emotional speech that helped turn the favor of the court to his side. In the end, Dartmouth was allowed to remain private and a precedent was set such that states could not seize control of universities at whim.

In 1822, he was reelected to the House of Representatives and in 1827, he was elected to the Senate to represent the state of Massachusetts. When his wife died in 1828, he married a woman named Caroline LeRoy.

When the Federalist Party dissolved, Webster joined the National Republican Party. He became a close ally of Henry Clay, supporting projects such as the building of roads in the western United States. After supporting the high tariff bill of 1828, he faced off against Robert Hayne, who was a senator from South Carolina that staunchly opposed the bill. In 1830, he continued to defend his stance on the subject, delivering a famous speech.

In 1836, Webster campaigned for the presidency, but he was unsuccessful in the venture. In 1841, he was appointed to serve as Secretary of State under President William Henry Harrison. When Harrison died only a month after his inauguration, John Tyler succeeded him and retained the services of Webster. In 1842, he helped to create the Webster-Ashburton Treaty, which defined the border between the United States and Canada.

In 1845, he was elected to the United States Senate once again. During his service, he fought the annexation of Texas and the Spanish American War. As the country became more and more split on controversial topics such as slavery, he fought Southern secession with the Compromise of 1850. That same year he was chosen to serve as Secretary of State under President Millard Fillmore, where he famously enforced the Fugitive Slave Act.

Daniel Webster died on October 24, 1852 after he fell from his horse and suffered a hemorrhage in his brain. He is buried in Winslow Cemetery, Marshfield, Plymouth, Massachusetts, USA.

Excerpt from History of Rockingham and Strafford Counties:

Daniel Webster, whose fame is world-wide, lived the earlier half of his life in New Hampshire. The son of Revolutionary patriot Capt. Ebenezer Webster, and of New Hampshire descent for four generations, he was born in Salisbury, Jan 18, 1782. A feeble constitution pointer him out as fitter for education than for the sturdy labors of the farm, and with self-denial on the part of his parents, and struggle on his own part, he accomplished his wishes, and graduated Dartmouth College in 1801 with honor. His legal studies he completed under the direction of Hon. T. W. Thompson, of Salisbury, and Hon. Christopher Gore, of Boston, where he was admitted an attorney in 1805. He took up his residence at once in Boscawen and remained two years a close student of his profession and of general literature. In 1807 he made Portsmouth his place of abode, and lived there until 1816, when he removed to Boston. While a resident of New Hampshire he served two terms as representative in Congress.

Mr. Webster acquired a high reputation as a lawyer and a statesman (for he never was a politician) before he quitted his native State. When he went to Portsmouth,at the age of only twenty-five years, he was a mature man, armed at every point for the battle of life. Mr. Mason, then in the prime of his unrivaled powers, describes his first encounter with Webster. He had heard of him as a formidable antagonist, and found on trial that he was not over-estimated. Young and inexperienced as he was, Webster entered the arena with Mason, Sullivan and Bartlett and bore away his full share of the honors. And before he quitted his New Hampshire home, his reputation as a lawyer and as an advocate of eloquence and power, ranked with the very highest in the land.

Those who heard his addresses to the jury in his early prime testify that none of his later great efforts surpassed them--if, indeed, they equaled them-- as examples of earnest, impassioned forensic oratory. There was a youthful brilliancy and bloom about those earlier productions that is not found in the stately works of his maturer years.

In those days, when practitioners made reputations by special pleading and sharp practice, Mr. Webster relied little upon mere technicalities or adroit management. He tried causes upon their merits, and with his logical power and eloquent tongue made short work of trumped-up claims and dishonest defenses. Many traditions attest his commanding influence over court and jury at this period of his career. Without being authentic in all particulars, they all concur in demonstrating that on no legal practitioner of his time was the popular confidence and admiration so universally bestowed as on Webster.

The events in the life of Mr. Webster from the time he re-entered Congress from Massachusetts are too familiar to require special repetition here. He continued in public life, with the exception of very brief intervals, up to the time of his decease in 1852. He was a senator in Congress for seventeen years. He was twice Secretary of State, and died in possession of that office. Every public position that he held he adorned and dignified by eminent, patriotic services.

Now that nearly a generation has passed since Mr. Webster's death, his character is beginning to be estimated more justly, and the value of the work he did for the country has been tested. We see that his sagacity and foresight were far beyond those of his time; that his apprehensions for the safety of the Union were well founded; that his exhortations to his countryman to stand by the flag were honest, necessary, and vitalizing to the patriotism of the people.

The petty assaults that seemed temporarily to obscure his fame have had their brief day, and posterity will recognize the true grandeur of the man, and value at their just worth the great deeds of his lifetime. As a statesman and a diplomatist, as a vindicator of the Constitution, as a lawyer and an orator, and most of all, as a patriot, the country will be fortunate if the future shall furnish his peer.[1] 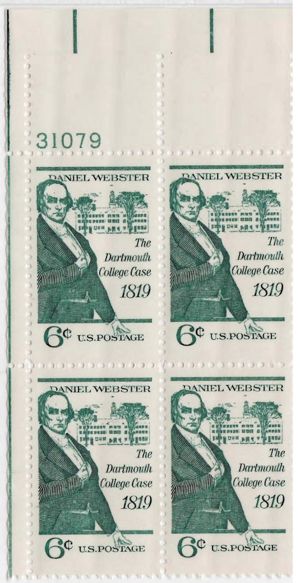 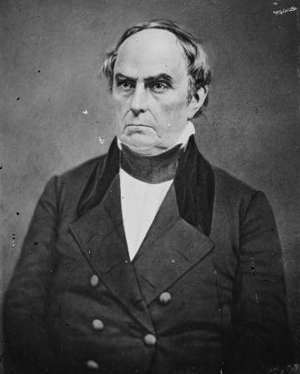 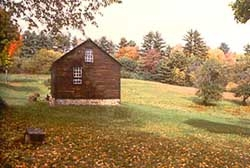 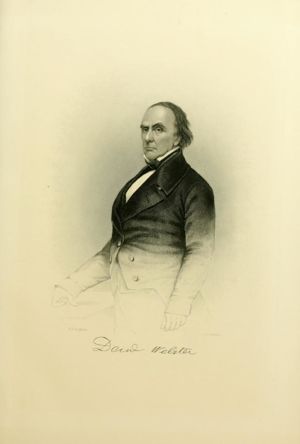 Tami Osmer
"Those who do not look upon themselves as a link, connecting the past with the future, do not perform their duty to the world" ~Daniel Webster
posted May 24, 2014 by Tami Osmer