Otto II Welf was a member of the aristocracy in Europe.

Otto II 'der Siegreiche' was the second and youngest son of Friedrich II, Duke of Brunswick-Luneburg (Herzog von Braunschweig-Lüneburg), and his wife, Magdalena of Brandenburg, and was born about 1438 or 1439.[1]

His father abdicated in favour of his sons Otto, and his elder brother Bernhard II, and they appeared to have ruled jointly from 1457.[1]

His father resumed the rule of the Duchy of Brunswick and Luneburg (Herzogtum von Braunschweig und Lüneburg) in 1471 ruling jointly and as regent for Otto's eldest son Heinrich.

Is Otto II your ancestor? Please don't go away!

ask our community of genealogists a question.
Sponsored Search by Ancestry.com
DNA
No known carriers of Otto II's DNA have taken a DNA test. 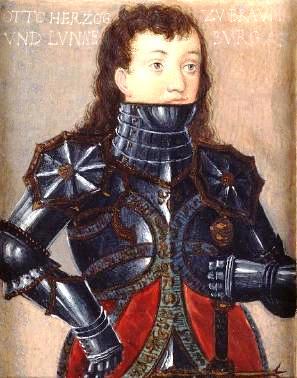