Orson Welles was an American actor, director, writer and producer who worked in theater, radio and film. He is considered one of the greatest directors of film.[1]

George Orson Welles was born May 6, 1915, in Kenosha, Wisconsin, son of Richard Head Welles, an inventor and manufacturer, and Beatrice Ives Welles, a theatre enthusiast. He was named after his paternal great-grandfather, influential Kenosha attorney Orson S. Head and his brother George Head.[2][3][4][5][6][7][8][9][10][11]

Orson's acting debut came at the innocent age of 2, in an opera production of Madame Butterfly. Orson's mother died when he was only six, so he spent his younger years with his father, travelling the world. His only formal education came at the age of ten, when he spent five years at the Todd School in Woodstock, Illinois, where his love of theatre was fed and encouraged by headmaster, Roger Hill. Upon finishing there at age 16, he traveled the world again, acting where he could and gaining popularity, often concealing his age in order to get jobs.[1]

Once Orson returned stateside, he started his Broadway career, courtesy of Katharine Cornell. Much like the rest of his career, his reception was hot and cold-some loved how large his presence was on stage, and others found him to hog the spotlight. While pursuing his Broadway work, Orson supplemented his income with radio performances, including the voice of the wizard, "The Shadow".[1]

Orson was an innovator and master of the theatrical world. During his years on the radio, he was so convincing in his presentation that he frightened a nation into thinking an actual Martian invasion was happening in New Jersey. Despite his genius, his films were often disliked by critics, and his erratic behavior off-screen earned him a negative reputation.[1]

His film and theatre productions were approached from new vantage points, often controversially like facist presentation of Julius Caesar for The Mercury Theater, which disbanded in 1939 and later his all-black cast of MacBeth. Orson took his creativity to the West Coast, putting together his Mercury production company. One of his best known roles was in the film he also wrote and directed, Citizen Kane, widely considered one of the greatest films of all time, though it did not gain many accolades until years later. In fact, it seems that many believe critics were too harsh to many during the middle of the twentieth century, and chief among those wronged was Welles.[1]

Orson spent much of his adult life around Europe, first in Spain for many years, then in Italy and Morocco, acting as he was able, and producing films here and there. He was discouraged and troubled with money after the failure of his film, "Around The World in 80 Days", which he had funded substantially himself.[1]

Orson was a large man, standing 6'2" and weighing over 200 pounds, with a personality that was just as large, as well as brash. His flat feet kept him from serving in the Army during World War II, but he was able to tour as a magician to buoy troop moral. His act included sawing Marlene Dietrich in half.[1]

Orson's first marriage was to Virginia Nicholson, and ended in divorce. They had one son together, Christopher.[1]

Orson's second wife was his costar from his movie, "The Lady From Shanghai", Rita Hayworth. They were married in 1943 and divorced not long after the movie was released in 1948. They had one daughter together, Rebecca.[1]

Orson's third wife was Paola Mori, an Italian actress who co-starred with him in his film, "Mr. Arkadian". They were married in 1955 and had one daughter together, Beatrice.[1][2]

Is Orson your ancestor? Please don't go away!

ask our community of genealogists a question.
Sponsored Search by Ancestry.com
DNA
No known carriers of Orson's DNA have taken a DNA test. 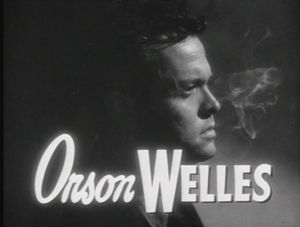 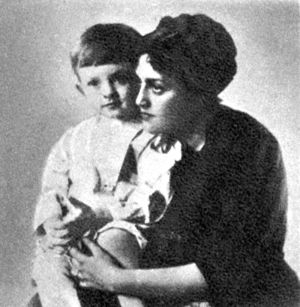 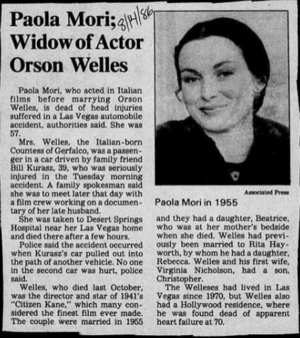 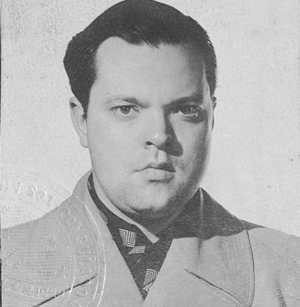 We plan on featuring Orson as the Example Profile of the Week in the Connection finder on May 6. Between now and then is a good time to take a look at the sources and biography to see if there are updates and improvements that need made, especially those that will bring it up to WikiTree Style Guide standards. I will check on the profile closer to the week we'll feature it and make changes as necessary.