He could not possibly have been son of Thomas Well(e)s who was born several years later! Also Anderson includes no son Isaac for Thomas.

A Wells family biography referenced by Torrey gives him as the son of Joseph Well(e)s, who came to Boston in 1635. In this version Isaac was born in 1618 and he and Margaret had only one child, Joseph, born 1642, who married Grace Dipple. According to this source, Mary (Wells) Huckins was Isaac's sister, rather than his daughter[1]

Isaac Wells took the oath as an inhabitant of Scituate on February 1, 1638, and was a constable for Barnstable in 1642[2]

His wife was Margaret, surname unknown[3]

Isaac Wells's will was made on 25 June 1673 and signed by a mark. It was witnessed by Thomas Hinckley and Joseph Laythorpe. An inventory of his estate was taken 24 December 1673 by Thomas Laythorp, Joseph Laythorp and James Lewis. The only bequest was to his widow, Margaret, who made oath to the inventory 7 March 1673/4.[7].

Isaac Wells m. "(probably his 2d wife)" Margaret ---, who d. bef 24 Aug 1675 when her inventory was taken. Administration granted 27 Oct 1675 to Mr. John Miller and Isaac Chapman (son of Margaret's dau Lydia), said to be "nearly related to her and entitled to her property", indicating no (living?) children of her own. [8]

From Blake's The History of Barnstable:[10]

"The town was incorporated September 3, 1639, and on the first Tuesday of December, the same year, its deputies took their seats in the general court. 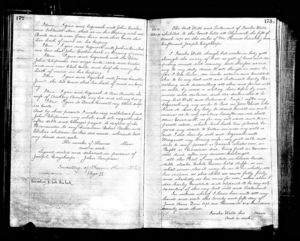 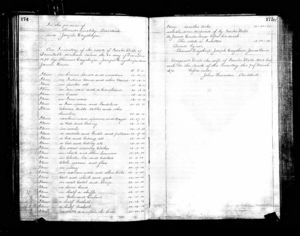 Vic Watt
I'm working on all Wells/Welles line, trying to correct the numerous errors.
posted May 13, 2014 by Vic Watt