Roger Wentworth, of Nettlestead, Suffolk, which he acquired through marriage (by 25 June 1422, originally secretly because of their difference in rank) with Margery de jure Baroness le Despenser (died 20 April 1478), in her own right, widow of 7th Lord (Baron) de Ros of Helmsley and daughter and heir of 2nd Lord (Baron) le Despenser, 17 Dec 1387

Roger is often credited with a knighthood, but this seems to be unsupported by primary evidence.

Is Roger your ancestor? Please don't go away!

ask our community of genealogists a question.
Sponsored Search by Ancestry.com
DNA
No known carriers of Roger's DNA have taken a DNA test. 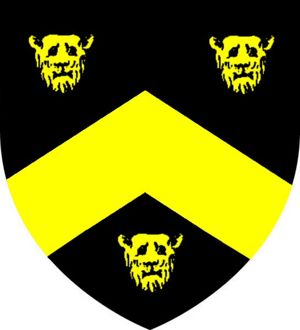 C. Mackinnon
Visitation of Essex: Wentworth [1]. Gives parents as John Wentworth and unknown Beaumont. John is then given as son of John and Agnis Dronfilde. Can someone look at this? Could be wrong, but should be commented on.
posted Aug 13, 2017 by C. Mackinnon
Vicki (McCrory) Kennedy
https://www.findagrave.com/cgi-bin/fg.cgi?page=gr&GRid=48875215
posted Aug 09, 2017 by Vicki (McCrory) Kennedy