James Abbott McNeill Whistler was an artist . His famous signature for his paintings was in the shape of a stylized butterfly possessing a long stinger for a tail. The symbol was apt, for it combined both aspects of his personality—his art was characterized by a subtle delicacy, while his public persona was combative. Finding a parallel between painting and music, Whistler entitled many of his paintings "arrangements", "harmonies", and "nocturnes", emphasizing the primacy of tonal harmony.His most famous painting is Whistler's Mother (1871), the revered and oft parodied portrait of motherhood.

James Abbott Whistler was born in Lowell, Massachusetts. He was the first child born to Anna Matilda McNeill and George Washington Whistler, a prominent engineer. She was his father's second wife.

In 1888, Whistler married Beatrix Godwin, the widow of the architect E. W. Godwin, who had designed Whistler's White House. Beatrix was the daughter of the sculptor John Birnie Philip[106] and his wife Frances Black.

He and Beatrice were married in St. Mary Abbott's Church, Kensington.

Whistler had several illegitimate children, of whom Charles Hanson is the best documented. This is Charles James Whistler Hanson b. 10 Jun 1870 d. 1935. His mother was Louisa Hanson. He also had a daughter with Maud Franklin b. Abt. 1877. 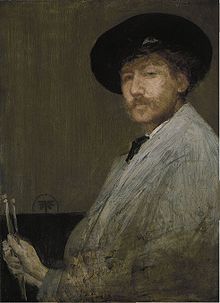 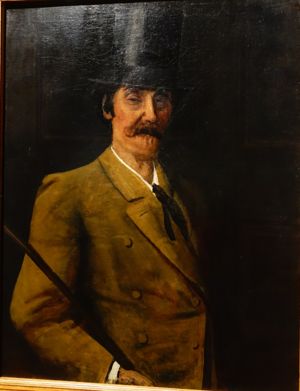