Betty White was an American television actress, a comedian, and a pioneer of early television with a career spanning seven decades. At the time of her death, she had worked longer in television than anyone employed in that medium, earning her a Guinness World Record for the longest TV career by an entertainer (female)[1]. She is perhaps best known for her roles in The Mary Tyler Moore Show, The Golden Girls, and Hot in Cleveland. She was the recipient of a number of awards, including eight Emmy Awards, three American Comedy Awards, three Screen Actors Guild Awards, and a Grammy Award. In 1985, she was inducted into the Television Hall of Fame.[2]

In 1930, she was living on North Harper Ave in Assembly District 57, Los Angeles, Los Angeles, California. She was an only child so it was just her and her parents in the home.[6]

Betty was of English, Welsh, Danish and Greek heritage. Her Canadian grandmothers had English and Welsh roots while one grandfather had Danish and the other had Greek roots.

Betty served during WWII as a uniformed member of the American Women's Voluntary Services. She joined as a volunteer in 1941 when she was just 19 years old. She drove a truck, delivering supplies to the Hollywood Hills, White told Cleveland Magazine in a 2010 feature. She served for 5 years.[8]

Betty was married three times. Her first marriage was to a P-38 pilot, Frederick Richard "Dick" Barker. They were married 9 July 1945 in Los Angeles[9] and divorced that same year on 18 December 1945.

Betty passed away 31 Dec 2021 at her home in Los Angeles, Los Angeles, California, just 17 days short of her 100th birthday. She was cremated, and the ashes were given to Glenn Kaplan, the man in charge of Betty's health care directive.[14]

Betty's first acting gig was in a short in 1945, when she played Lou's Girl in Time to Kill. In 1949, she was Phone Girl on the series Hollywood on Television.

In 1962, she was in Advise & Consent as Senator Bessie Adams and the "Scene of the Crime" episode of The United States Steel Hour. She was on That's Life and Petticoat Junction in 1968.

* Agnes Dewey in Stephanie
* Amanda Tremaine on Best of the West
* Charlotte on Love, Sydney
* Ellen on Eunice
* Catherine on Fame
* Wilma Klein on Hotel
* Captain Gloria Neal on St. Elsewhere
* Betsy Boucher and Louise Willis on The Love Boat
* Macy's Parade Hostess and Bobbie Barnes on Who's the Boss?
* Ellen Harper Jackson on Mama's Family
* Aunt Harriet on Alf Loves a Mystery
* Betty White on D.C. Follies
* Betty White on Matlock
* Waitress and Lady in The Theatre on Santa Barbara
* Rose Nylund on Golden Girls

She continued to entertain us in the 1990s as:

* Rose Nylund on Golden Girls and on The Earth Day Special
* Trisha Durant on Carol & Company
* Rose Nylund on Nurses
* Evelyn Eglin on Chance of a Lifetime
* Rose Nylund on Empty Nest
* Rose Nylund on The Golden Palace
* Sylvia Schmidt on Bob
* Dora Sloan on Diagnosis Murder
* Betty White on The Naked Truth
* Shirley Wallace on Maybe This Time
* Betty White on The John Larroquette Show
* Martha on A Weekend in the Country
* Midge Haber on Suddenly Susan
* Gretchen Claus on The Story of Santa Claus
* Doreen on Hard Rain
* Martha Wilson on Dennis the Menace Strikes Again!
* Betty White in Holy Man
* Dorothy in The Lionhearts
* Annabelle and Mrs Santa Claus in Noddy: Anything Can Happen at Christmas
* Mrs Brooks on L.A. Doctors
* Mrs Delores Bickerman on Lake Placid
* Hestia on Hercules
* Lillian Jordan on The Story of Us
* Dr Shirley Flott on Ally McBeal

This century she has been on:

* Whispers: An Elephant's Tale
* Tom Sawyer
* The Wild Thornberrys
* Ladies Man
* The Retrievers
* The Wild Thornberrys: The Origin of Donnie
* The Ellen Show
* Teacher's Pet
* Yes, Dear
* Providence
* King of the Hill
* That '70s Show
* Bringing Down the House
* Return to the Batcave: The Misadventures of Adam and Burt
* The Grim Adventures of Billy & Mandy
* Gary the Rat
* and many more up through Toy Story 4 as Bitey White the Stuffed Tiger[15]

Her achievements in Television (up to that period of time) were recognized by the Hollywood Chamber of Commerce by issuing her a star on the Hollywood Walk to Fame on 8 Feb 1960. 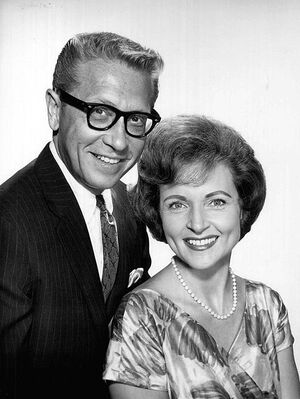 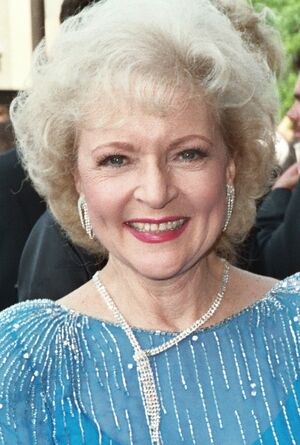