A descendant on Lizzie's matrilineal line (child of granddaughter Bobbie via daughter Pearl) has tested mtDNA Full Maternal Sequence and autosomally. The mtDNA haplogroup is H2a1a1.

Many close autosomal DNA matches through Lizzie and Charles' children Bill, Mattie, Pearl, and Clyde can be found at Ancestry.com. As of this writing (30 September 2019), only those from the Pearl branch and two from the (same) Clyde branch have their DNA on sites where segment location comparison is possible.

So far, descendants of Pearl have had no known matches to cousins through Lizzie's father Lewis Marion White. This may be a matter of bad luck with who has decided to test. (Note: since first composing these notes, all close matches without a tree can be linked to other ancestors via shared matches, thus ruling out close matches who are possibly White or collateral descendants.)

Descendants of Lizzie's brother James and sister Laura - presumably biological children of Lewis White who were born after his marriage to Caroline Perry - have tested. While their shared segment locations are unknown, the size of the segments is inconclusive with regards to how well they fit the expectations for third cousins (~53 cM) to third cousins once removed (~27 cM) to fourth cousins (~13 cM), at which distance half of known cousins won't be DNA matches. (One match shares a segment of expected size; the others are about half the size.)

The possibility of a "non-paternal event" should be considered, meaning that Lewis may not have been the biological father of Lizzie, especially when considering 1. the number of descendants of the White/Stout/Hanna families known to have tested, 2. that many matches have been found for Lizzie's smaller and more elusive maternal side, 3. the space between Lewis and Caroline's marriage date and Lizzie's birth date, and finally, 4. the number of close and unique matches to a previously unknown family.

Lizzie's date of birth, including year, is consistently recorded as being October 1878 in her daughter's Bible (entered while Lizzie was alive), her marriage record, and the 1900 census. The 1880 census accurately enumerates her as being a year old - she would not turn two for four more months. Lewis and Caroline married in June 1878 according to the county record.

It's therefore highly likely that Lewis married Caroline when she was just over five months' pregnant, and given the lack of paternal DNA matches for Lizzie's descendants through daughter Pearl (so far), it's possible that Lewis and Caroline's marriage took place due to his kindness, her deception, or a truth that cannot be known over 150 years later.

Ancestry's "ThruLines" feature also shows tens of matches to the proposed parents and grandparents of William H Porter. The majority of these matches are in the 17-23 cM range, but most matches are under 13 cM and thus difficult to evaluate. Of interest, though, is that of the three-dozen known matches to the purported family of William H Porter's wife, Sarah, namely Dennis Thomas and Jerusha Henderson, most are in the 18-28 cM range.

More research needs to be done to eliminate other connections as well as to verify William's relationship to these suggested ancestors, and of course the segment locations of closer cousins need to be known to progress further.

Note: In the face of mounting DNA evidence, Aaron Dennis Porter's profile has been connected to Sarah's as her father; the profile for Lewis Marion White, legal father, remains available via her mother's profile.

ask our community of genealogists a question.
Sponsored Search by Ancestry.com
DNA Connections
It may be possible to confirm family relationships with Sarah by comparing test results with other carriers of her mitochondrial DNA. However, there are no known mtDNA test-takers in her direct maternal line. It is likely that these autosomal DNA test-takers will share DNA with Sarah: 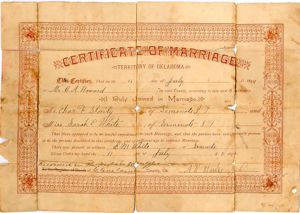 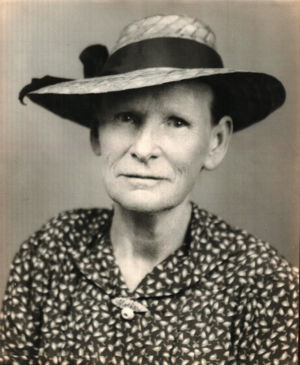 Sarah is 16 degrees from Donald Howard, 15 degrees from Julia Howe and 17 degrees from Henry VIII of England on our single family tree. Login to find your connection.