After her mother died, she and her sister Myrtle lived near Annandale, Minnesota, with their Aunt Clara Philo, their father's sister. When she was in her late teens, Iva went to live with her father and step-mothr in Washburn, North Dakota, where she met her future husband. They were married in Bismarck, North Dakota, on 26 September 1912, and, other than a couple of years in Bismarck, spent most of their lives in Washburn.

Her good friends during her middle years were three ladies in Washburn, Mrs. Kramer, Mrs. Larson and Mrs. Allen who were sisters. They would get together at each other's homes for afternoon coffee parties. Fortunately Washburn was a small town because Iva walked everywhere she needed to go.

After a fall and a broken hip about 1976, she spent the last few months of her life in Prairie View Nursing Home in Underwood, North Dakota.

He funeral was held at the Washburn Methodist Church and interment was in Riverview Cemetery, Washburn.

Is Iva your ancestor? Please don't go away!

ask our community of genealogists a question.
Sponsored Search by Ancestry.com
DNA Connections
It may be possible to confirm family relationships with Iva by comparing test results with other carriers of her mitochondrial DNA. However, there are no known mtDNA test-takers in her direct maternal line. It is likely that these autosomal DNA test-takers will share some percentage of DNA with Iva: 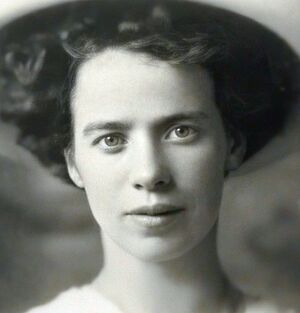