Maurice was born in South Fitchburg, Massachusetts, and lived in Fitchburg for all or most of his life, or possible in the Whalom area of Lunenburg. He may have died when he was in his 40s.[1]

The 1900 census has the one-year-old Maurice J.

The 1919 and 1920 city directories for Fitchburg, Massachusetts, show Maurice J. as employed at 105 Fairmount and living at 193 Charles Street, with his parents.

The 1920 census lists him as living with his parents at age 21 and working as an electrician at an electric company.

Maurice's World War 1 draft registration card still has him living at home with his parents at 183 Charles Street in Fitchburg.

A September 25, 1922, announcement in the Fitchburg Sentinel says that Maurice James Whitten, son of Edward D., was engaged to Mildred Abbie Whitney of Rollstone Street. It doesn't appear that they were married.

A November 11, 1924, announcement in the Sentinel says that Maurice married Roseanna.[2]

The 1924 city directory for Fitchburg still has him living at home at 193 Charles Street and working as an electrician.

The 1927 city directory has Maurice J. (wife Rose) living at 57 Boylston Street and working as an electrician.

The 1930 census (taken April 3) lists the 31-year-old Morris J. Whitten as renting for $25/month at 86 Nashua Street with his wife and two daughters (Lillian M. and Barbara L.) and his parents. He was working as an electrician at New England Power. He was not a veteran, so that rules out his serving in World War I.

His parents, Edward D. and Mary M. (M?) are living with Morris and Rosanna at the time of the 1930 census.

In 1944 the Fitchburg city directory has Maurice J. serving in the US Navy, home at 82 Rollstone Street. This directory lists his wife as Ruth A., and has a separate listing for Ruth A. working as a winder at FYCo.

Note that Maurice had an uncle named Maurice Whitten who was also known as "Morris". It's curious that his uncle also died at about age 40 and may also have lived in Lunenburg. There may be mixed information here.

Is Morris your relative? Please don't go away!

ask our community of genealogists a question.
Sponsored Search by Ancestry.com
DNA Connections
It may be possible to confirm family relationships with Morris by comparing test results with other carriers of his Y-chromosome or his mother's mitochondrial DNA. Y-chromosome DNA test-takers in his direct paternal line on WikiTree: It is likely that these autosomal DNA test-takers will share some percentage of DNA with Morris: 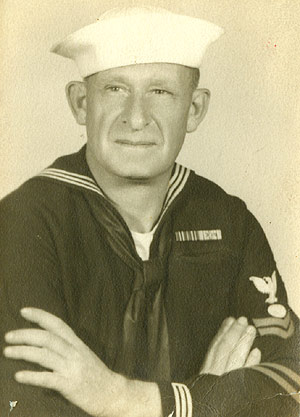 Leave a message for others who see this profile.
There are no comments yet.
Login to post a comment.
X Fetterly
Maurice James Whitten has a Findagrave.com memorial: https://www.findagrave.com/memorial/115317059/maurice-james-whitten. He died 4 Feb 1958.
posted Aug 28, 2020 by X Fetterly