Richard Whitten is a DAR Patriot Ancestor, A125456.

Richard was born in 1763 [Revolutionary War Pension Records] or possibly even as early as 1751 [Noted: 1751 date is from Grave Stone] (see research notes below). He married Mercy Jose on November 3, 1785.[1][2] "Colonel Simon Jordan Whitten, was the eldest son of Richard and Mercy (Jose) Whitten and was born in Scarboro, Maine. His parents soon after moved to Cornish, Maine, then to Parsonfield, and in 1833 they removed to Troy, Maine, where Mr. Richard Whitten died, June 3, 1845 . He (Richard) was a soldier in the Revolutionary War."[3] Richard is listed, along with a James Whitten as being settlers of Cornish prior to 1794.[4]

Richard Whitten was a soldier of the American Revolution. He enlisted 1 April 1782, serving in 2nd Massachusetts Regiment, Col. Sproat's Regiment, Captain Williams. He was serving under Col. Jackson when he was discharged on 20 June 1784.[5] Whitten Richard "Each applicant for pension was required to make an affidavit of his services and present conditions for record in the Court and to be transmitted to the office of the Secretary of War. These affidavits in York County were arranged alphabetically and recorded in the Common Pleas Records, vol. 38, pp. 254-506, by Daniel Sewall, clerk."[6]

Noted On his pension application, 5 July 1820, he states he is aged fifty seven years, resident of Cornish...

He is also mentioned in his GrGrand daughters NSDAR book entry:

A William Whitten is listed next to Richard in the 1820 Census. Since the Census pages seem to reflect an alphabetical listing, these two Whitten's may or may not live near each other in Cornish.

S. H. Whitten and Eli Whitten are heads of Households living next door to each other and six households away from Richard Jr.

Richard Whitten, Troy listed in Census Pensioners for Revolutionary and Military Services returned under the Act for the Taking the Sixth Census in 1840, State of Maine, York County. [9]

As to Richard's birthdate? See highlighted notes in the Body of the Bio Section. It could be 1763 and it could be 1751. The 1820 Census lists him as between 26 and 45 years of age. The 1830 Census lists him as being between 70 and 80 years of age (unless my eyes are seeing things). So his DOB varies widely. I have no doubt that the three profiles represent the same man. Please merge and as new information and sources are discovered we can tighten up the DOB. I will be back round to this, remove this note and incorporate data into Bio Body. Thanks! Gaulden-7 10:25, 28 May 2016 (EDT)

Richard may have purchased his nephews, possible uncle Ebeneezer Whitten and Elisha Whitten. See their profiles for this theory.

A History of the First Century of the Town of Parsonsfield, Maine by Jeremiah Wadleigh Dearborn page 412 *https://archive.org/details/ahistoryfirstce00deargoog/page/n661

ask our community of genealogists a question.
Sponsored Search by Ancestry.com
DNA Connections
It may be possible to confirm family relationships with Richard by comparing test results with other carriers of his Y-chromosome or his mother's mitochondrial DNA. Y-chromosome DNA test-takers in his direct paternal line on WikiTree: It is likely that these autosomal DNA test-takers will share some percentage of DNA with Richard: 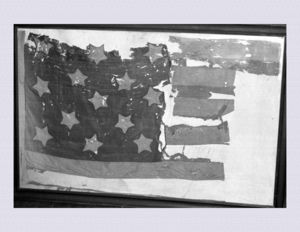 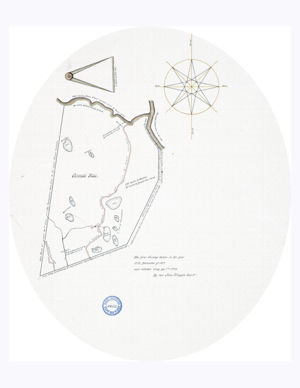 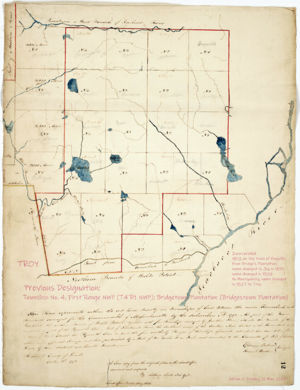 Plan of Township No. 4 First Range North of Waldo Patent 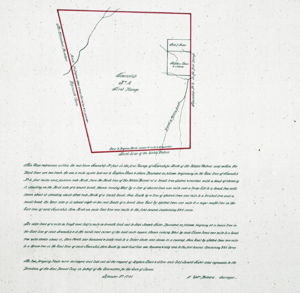 Chris Whitten
Whitten-1031 and Whitten-692 appear to represent the same person because: Clearly a match, right down to daughter Hannah, but we need to reconcile dates. Glad to see Adrian is a cousin! :-)
posted May 25, 2016 by Chris Whitten

You may notice me doing some work on this line adding sources and notes for research. If you have a question about anything I do, please shoot me a note.