John Clements Wickham was born at Haddington in East Lothian, Scotland on the 21st of November 1798 and baptised at North Leith in Midlothian on the 9th of December that year. He was the third of the seven sons of Samuel Wickham and Ellen Susannah Naylor.[1][2]

John Wickham was apparently, a descendant of Samuel, the fifth son of Thomas Wickham, a Puritan settler who emigrated to Wethersfield, Connecticut.[3]

John entered Royal Naval College in 1812, became Admiralty Midshipman in 1815. In 1819 he passed his Lieutenant's examination. In 1831, he was commissioned First Lieutenant and appointed second-in-command of the HMS Beagle during her second survey mission. In 1837, John was promoted to Captain of the Beagle and commanded her during her third voyage surveying the Australian coast.[3]

In 1839, he and his crew discovered and named the Wickham River. Ludwig Leichhardt later discovered the same river in 1849, and named it the Burdekin River.

On the 27th of October 1842, John wed Anna MacArthur, the second daughter of Hannibal MacArthur and Anna King, in St John's Church of England (Anglican Church) at Parramatta in the Colony of New South Wales.[4] Following the wedding, John took up his appointment as police magistrate at Brisbane in Moreton Bay, no longer a penal colony and open to settlers.
In 1847, John purchased the grand homestead, Newstead House, with its views of the Brisbane River, off Anna's brother-in-law, Patrick Leslie, and lived there until it was sold in 1859.

Anna passed away in 1852 after the birth of their three children.

In 1859, John was offered the post of Colonial Secretary, which he declined. He sold "Newstead House" and he and his family sailed for Britain aboard the "Duncan Dunbar" in 1860. Henry, his youngest son, was born during the voyage. They visited family and friends and John later retired to France.[3]

John Clements Wickham passed away on the 6th of January 1864, at Biarritz, Basses-Pyrénées, Aquitaine, France.[7][8] 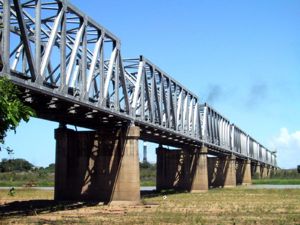 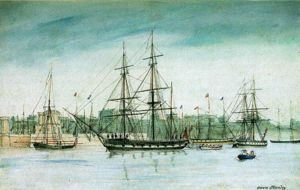 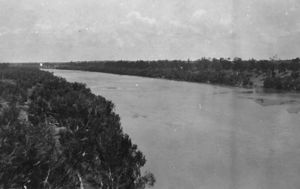 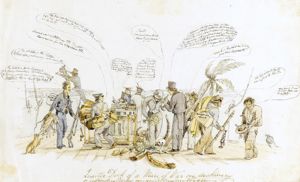 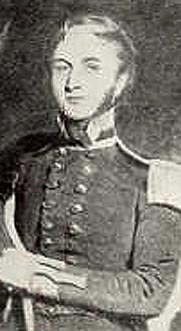