She was a child prodigy (trained by her father) - musician, composer, and considered one of the most distinguished pianists of the Romantic era. Clara performed for six decades on the center stages in whole Europe.[1] Many of her compositions are available for purchase in this link. [2] The link in the next source contains a free listen on YouTube.

From ABC.net.au news: "But perhaps her most enduring legacy is that she invented the classical piano recital. Recitals, where people bought tickets to hear a pianist or violinist perform in a public auditorium, were a new concept in the 19th century, but then so was the very notion of classical music. Clara Schumann did more than anyone to popularise both."[3]

Born in 1819 in Leipzig, she was the daughter of composer Johann Gottlob Friedrich Wieck and vocalist and composer Mariane Tromlitz. [4] When she was only five years old, her parents divorced and she remained with her father. Her mother remarried and moved away, which limited any time she spent with her mother from that point forward. She spent most of her young childhood growing up in Leipzig. Her father planned her entire career out at a young age, starting her piano training at age 4. She stayed in Leipzig until around the age of 11 when she began a series of many years of traveling to performances across Europe.

In 1837, Robert Schumann was nearly 10 years older than Clara, but fell in love with her and asked her father for her hand in marriage. Her father did not feel the marriage was in her best interests, so he refused.

More from ABC.au.net " As the author of a book on piano technique, Friedrich required his daughter to be a perfect exemplar, says Frances Falling, a singer, musicologist and research assistant at the Schumann-Haus in Leipzig. "Apparently he was quite tyrannical at times," Falling tells RN's The Music Show.

"He had a very clear vision for what he wanted Clara to do, to be; he designed very carefully her days and took over all aspects of her life for a good 10 years, even writing her diary for her."

From her father's protege to her husband's collaborator As Friedrich's protege, Clara didn't disappoint. Soon, a law student, Robert Schumann, heard her play and was so impressed by the young girl, he decided to devote his life to music. He asked Friedrich for lessons and became the Wiecks' lodger."[3]

She was 18 years old, and both Robert and Clara agreed they would have to go to court to sue for permission to marry. They were finally granted permission, but only after years of pursuit of the court's permission. She married Robert Schumann in 1840.[5]

Robert attempted suicide in 1854, and was committed to an asylum as a result. Due to the restrictions, Clara was not allowed to visit her husband, but their good friend Johannes Brahms was given permission. Brahms visited Robert often, and consoled Clara with the unfortunate news that Robert's condition was not improving. After 2 years in the asylum and when the doctors acknowledged that he was dying, they allowed her to visit. He barely recognized her and the day after her visit, he passed away in 1856.

She continued to perform, and even paired with their friend Johannes Brahms and violin player Joseph Joachim. She toured many times with Joseph and they performed well together. In 1874, she began experiencing pain and the doctor advised her to cancel her tours and take time off. It would be more than a year later before she was able to resume her tours in 1875. However, she had a relapse, and spent another six months in 1875 back in recovery. Her tours continued for some time until 1883, when she fell and injured her hand. Ever the quintessential performer, she finished her concert with the injury and received high praise for the incredible quality of her performance that day.

She began to withdraw from performances as early as 1888, and began teaching. She performed her last concert in 1891 and stopped teaching in 1892. She passed away in 1896 likely from complications due to a stroke she had a few months prior. She died in Frankfurt am Main, Hessen, Germany. [7] An image of Clara Schumann from an 1835 lithograph by Andreas Staub was even featured on the 100 Deutsche Mark banknote from 1989 to 2002. 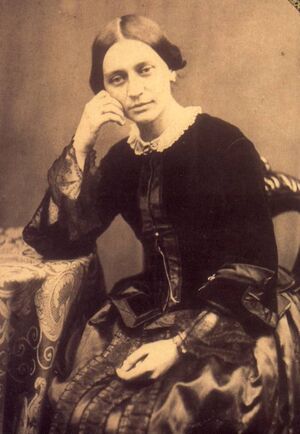 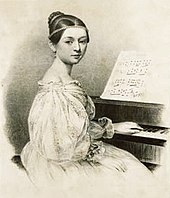