Rose Wilder Lane was born December 5, 1886, De Smet, Dakota Territory to Almanzo and Laura Wilder. Rose Lane moved with her family early in life by covered wagon. Then moved to Minnesota and Florida before returning to DeSmet. In 1894 the family settled in Mansfield, Missouri at Rocky Ridge Farm.

Rose graduated from high school at the top of her class in 1904.

Rose learned telegraphy at the Mansfield railroad station. She worked for Western Union for the next five years in Kansas City and later in Missouri, Indiana and California.

In March 1909 she married Claire Gillette Lane. He was a salesman and worked periodically as a newspaperman. In November 1909 the couple bore a son. He was stillborn at 6 months and passed shortly after birth. Rose was unable to bear any more children. Lane and her husband traveled the US over the next few years working various marketing and promotional schemes. Rose wrote many letters home to her parents telling them how well she was doing, but her diary entries later revealed a time in her life where she felt depressed and disillusioned with the marriage. One entry revealed that she tried to commit suicide by drugging herself with chloroform. She woke up with a headache and a new sense of purpose for her life.

Rose taught herself several languages and began her writing career around 1910. She started freelance jobs for the newspaper. Rose also worked as a real estate agent between 1912 and 1914. She and her husband sold farm land in the San Jose/Silicon Valley area of northern California. The two worked separately to allow for separate commissions. Rose, however, was the better salesman and this put more stress on the marriage. Rose and Claire had many separation periods before amicably divorcing. Rose never remarried. In 1915 Rose accepted a job as the editorial assistant on the staff of the San Francisco Bulletin. Rose’s talents were quickly noticed and her articles were running in the Bulletin on a daily basis. In 1915 her mother, Laura Ingalls Wilder, came to visit. During this time they attended the Pan-Pacific International Exposition.

In 1918 Rose and Claire Lane's marriage officially ended and Rose quit her job with the San Francisco Bulletin to launch her free-lance writing career. From then until the early 1940s Rose’s work appeared in leading publications such as Harper’s, Saturday Evening Post, Sunset, Good Housekeeping, and Ladies Home Journal. Her short stories were nominated for O. Henry Prizes and a few novels became top sellers.

Rose Lane was the first biographer of Herbert Hoover.[1] In the late 1920's she was one of the highest paid female writers. Rose was very generous with family and friends and despite her success she was often financially strapped and forced to take work she did not enjoy. She suffered from depression and was diagnosed herself as a manic-depressive.

Rose Lane worked as a traveling war correspondent. She began with the American Red Cross Publicity Bureau in post WWI Europe. In 1965. She was 78 years old when she was reporting from Vietnam for Women’s Day magazine.

In 1928, Lane returned to the U.S. to live on her parents' farm and there she took in and educated two local orphaned brothers. In 1938, Lane purchased a rural home outside of Danbury, Connecticut, where she spent the remainder of her life.

She died 30 October 1968 in Danbury, Connecticut at the age of 81 and was buried in the Mansfield Cemetery in Mansfield, Missouri.[2]

“Happiness is something that comes into our lives through doors we don't even remember leaving open.”

posted 21 Dec 2008 by Anonymous P
Login to add a memory.
Sponsored Search by Ancestry.com
DNA Connections
It may be possible to confirm family relationships with Rose by comparing test results with other carriers of her mitochondrial DNA. However, there are no known mtDNA test-takers in her direct maternal line. It is likely that these autosomal DNA test-takers will share some percentage of DNA with Rose: 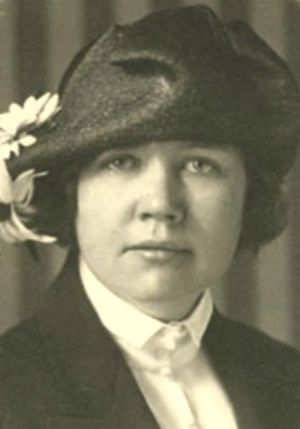 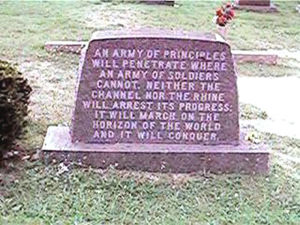 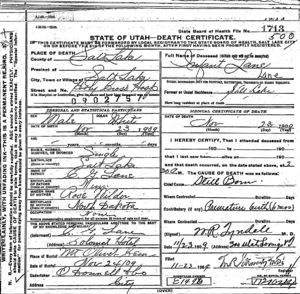