Tom was born February 15, 1890 in Indian Territory, now known as Eastern Oklahoma. He was the son of John Williams and Mollie Campbell.

He grew up moving from place to place in southwestern Arkansas and eastern Oklahoma. His mother died after giving birth to twins when Tom was 11 years old.

Although he rarely attended school as a youngster, his mother taught him to read and write. At the age of 19, he traveled to Magnolia, Arkansas to attend the Third District Agricultural School (now known as Southern Arkansas University) and graduated in the first graduating class of that school. He later attended Kansas State Agricultural College (now Kansas State University) where he studied agriculture.

After working in Camden, Arkansas for a few years, he moved to Lexington, Mississippi where he was employed as the County Agricultural Agent. Later, he opened a Williams and Sons Feed and Seed store in Lexington. In the 1950's, he was elected to the Mississippi State Senate, where he served until his death in 1967." [1]

Is Tom your ancestor? Please don't go away!

ask our community of genealogists a question.
Sponsored Search by Ancestry.com
DNA Connections
It may be possible to confirm family relationships with Tom by comparing test results with other carriers of his Y-chromosome or his mother's mitochondrial DNA. Y-chromosome DNA test-takers in his direct paternal line on WikiTree: 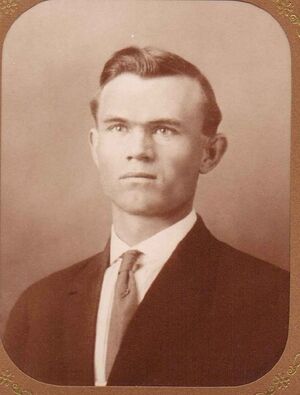