Robin Williams, born 21 June 1951, was one of the best, making us laugh and touching our hearts as he entered our lives through the big screen and his stand-up routines. He brought smiles to our faces and tears to our eyes with movies like The World According to Garp, Dead Poets Society, Mrs. Doubtfire, Hook, Aladdin, The Birdcage, Good Will Hunting. Robin was the recipient of an Academy Award for Best Supporting Actor as well as two Emmys, four Golden Globe Awards, two Screen Actors Guild Awards and five Grammy awards.

Sponsored Search by Ancestry.com
DNA
No known carriers of Robin's DNA have taken a DNA test. 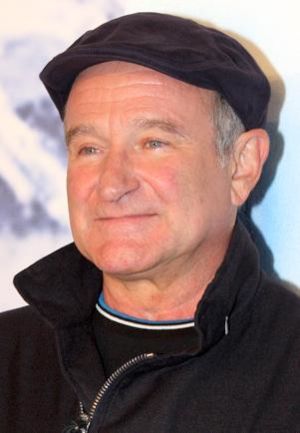 Michael Griffiths
We are 22nd Cousins 3 times removed we are both descendants of Gilbert (Pêche) Pecche.

Bob Fields
I assume this is the actor Robin Williams born July 21, 1951 who died Aug 11 2014? If so, could you make his biography and tree public please, and add the template. I'd like to add his family tree (if it does not already exist) and connect him to the rest of WikiTree. Thanks so much.
posted Aug 12, 2014 by Bob Fields

Robin is 21 degrees from Jaki Erdoes, 17 degrees from Wallis Windsor and 19 degrees from Henry VIII of England on our single family tree. Login to find your connection.