Bobbie L. Stewart was a vivacious and intelligent businesswoman who dressed in a classic style, with unique style accents. She was 5'8" tall. She was a focused person who was the first in her family to attend a higher education program - St. Phillips College in San Antonio, after graduating from Anderson High School in 1952, which was then a segregated public high school. She married two times - divorcing her first husband, Johnny while in college, and marrying her second husband, Mayo Stewart, of whom she was widowed in 1977.

She worked at B&R BBQ from 1961 to 1971 and then became an associate at Sears Roebuck in Hancock Center for 15 years, from which she retired to become a caregiver for her ailing mother.

She did not learn how to drive a car because her brothers and (later) husband was able to take her on errands and to visit friends. She had many friends and was very social in the Austin community with both church and social gatherings. She loved music and appreciated a great meal, of which she was a great cook of both baked goods and gourmet items. She was active in the real estate market, owning and managing several properties.

She was a long-time smoker which contributed to the health issues in her latter years including emphysema and breast cancer.

She was preceded in death by her parents, Armon Wilson and Pauline Ross, her husband Mayo and brothers Doris, Armon Jr., thomas, Harold, Woodrow and George Wilson and one nephew, Russel Wilson.


Memories: 2
Enter a personal reminiscence or story.
Dionne Wilson
I love the way aunt Bobbie and I use to talk 3 or 4 times a week about any and everything. She use to keep me up on everybody in Texas and I would keep her up on California. We had a lot in common.
posted 10 Mar 2013 by Dionne Wilson   [thank Dionne]
Dionne Wilson
ONE OF MY BEST MEMORYS OF MY AUNT BOBBIE IS HOW SHE WOULD REMEMER MY BIRTHDAY AND WOULD ALWAYS CALL ME AND HOW SHE AWAYS HAD A SMILE FOR ME.
posted 11 Sep 2011 by Dionne Wilson
Login to add a memory.
Is Bobbie your relative? Please don't go away!

ask our community of genealogists a question.
Sponsored Search by Ancestry.com
DNA
No known carriers of Bobbie's ancestors' DNA have taken a DNA test. 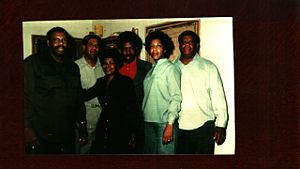 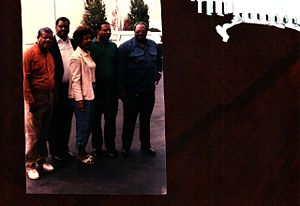