Cause of death: Lung / Brain Cancer[1]

Rock Musician, Vocalist, and Producer. He is best remembered as a founding member, lead guitarist, and occasional lead vocalist of classic California-based rock group The Beach Boys. He was the youngest brother of fellow Beach Boys Dennis and Brian Wilson and cousin of Beach Boy's Mike Love.

Born Carl Dean Wilson, as a young boy he practiced harmony vocals under the guidance of his older brother Brian, who often sang in the family music room with his mother and brothers. He learned to play the guitar and became a part of the garage band that would soon emerge into The Beach Boys, in 1961.

He markedly developed as a musician and singer through the band's early recordings and the early, evocative "surf lick" sound quickly evolved into the rock sophistication of "Fun, Fun, Fun," recording in 1964 when he was 17. His lead vocals in the band's first three years included "Summertime Blues" (duet with David Marks), "Louie, Louie" (splitting lead with Mike Love), "Pom Pom Play Girl," "All Dressed Up for School," and "Girl Don't Tell Me."

Following his dynamic lead vocal performance on "God Only Knows" in 1966, he was increasingly the lead vocalist for the band, a role previously dominated by Mike Love and Brian Wilson. He sang many leads on the "Smiley Smile" and "Wild Honey" albums, and on the hit singles "Good Vibrations," "Darlin'," and "Wild Honey." His 1969 rendition of "I Can Hear Music" was the first Beach Boys track produced solely by him.

After Brian Wilson's retirement from touring in 1965, he became the leader of the band onstage and by 1969 he had effectively become the band's in-studio leader, producing the bulk of the albums, including "20/20", "Sunflower", "Surf's Up", "Carl and the Passions - "So Tough"" and "Holland." His leadership role in the band diminished somewhat in the late 1970s, due to Brian's brief reemergence as the band's producer and on account of his own substance abuse problems. He nonetheless remained a prominent and recognizable voice in the band, serving as "mixdown producer" on the Brian-produced "Love You" album.

As a producer and vocalist, his work was not confined to the Beach Boys. During the 1970s he also produced records for other artists, notably Ricci Martin (son of Dean Martin) and South African group The Flame. He sang backup vocals to many works, including Chicago's hits "Baby, What a Big Surprise" and "Wishing You Were Here," Elton John's "Don't Let the Sun Go Down on Me," David Lee Roth's hit cover of "California Girls," and Warren Zevon's "Desperados Under the Eaves."

By the early 1980s the Beach Boys were in disarray and he took a leave of absence in 1981 in frustration over the band's sluggishness to record new material and reluctance to rehearse. He recorded and released a well-received solo album "Carl Wilson," which briefly charted, and its second single, "Heaven," reached the top 20 on Billboard's Adult Contemporary chart. He recorded a second solo album "Youngblood" in a similar vein, but by the time of its release in 1983 he had rejoined the Beach Boys.

In 1988 the Beach Boys scored their biggest chart success in more than 20 years with the US Number 1 song "Kokomo," on which he sang lead in the chorus. During the Vietnam War he declared himself a conscientious objector and refused the draft to join the American military. A significantly spiritual person, by 1988 he had become an ordained minister in the Movement of Spiritual Inner Awareness.

In early 1997 he was diagnosed with lung cancer after becoming ill at his vacation home in Hawaii but he continued to perform during chemotherapy treatment and played and sang throughout the Beach Boys' entire summer tour which ended in the fall of 1997. He died of lung cancer at the age of 51. In 1988 he was inducted into the Rock and Roll Hall of Fame.[2] 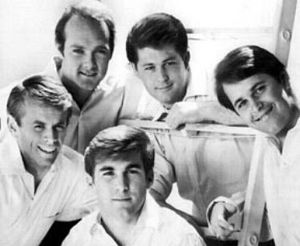 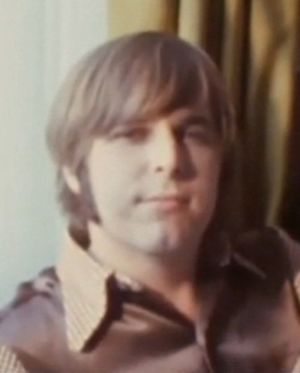 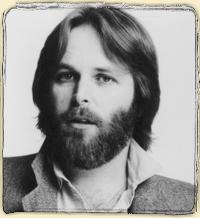 The Beach Boys performing in 1971 at Central Park 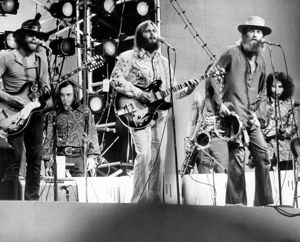