The Census of 1871 saw the family living at 43 Flowergate Road, Whitby, Yorkshire, England.[2]

In 1881, John Wilson was boarding in Giggleswick, Yorkshire as a student of the Giggleswick School, one of the oldest school's in England. He was also Captain of his Cricket Team.[3]

John Wilson immigrated to Canada with his brother Tom and school friend Hugh Sykes on 19 April 1888 at the age of 20 to start a new life of farming in Manitoba. They sailed on the SS Vancouver, from Liverpool to Rimouski, Quebec, via Londonderry, Ireland. [4] [5] [6]

In 1901, John & Evelyn, with their young family had set up farming in Argyle, Lisgar, Manitoba. John's brother William H Wilson was visiting from back home in Whitby, Yorkshire. [8]

John F Wilson was an accomplished water colourist & would illustrate his correspondence with his daughters throughout his life. Many of these letters & paintings survive today & are treasured by family members. He also wrote a fictious account of his immigration to the wilds of untamed Canada with full coloured plates. He tried for many years to have it published, but not before he died was it accomplished. His daughters finally had it published in 1962 for its historical value on a limited release. It was called "The Migration of Skivens" & can still be found in libraries throughout BC & to an extent, the rest of Canada.[11]

John Wilson passed away 5 October1958 in Maple Ridge, BC, Canada. John was buried at the Maple Ridge Cemetery. He was 93 years of age. [12] 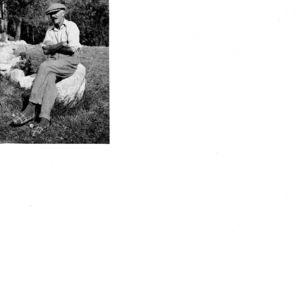 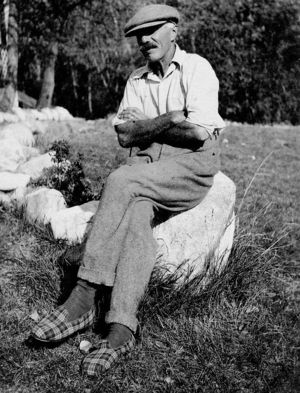 The Migration of Skivins by John Francis Wilson 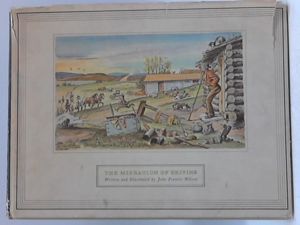 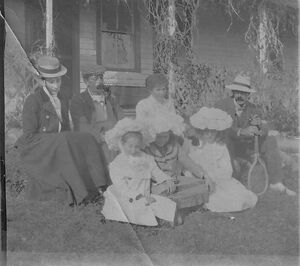