His father died when John was but three years of age, and he was the particular care of his grandfather Wing, who left him hishomestead and a one-third interest in his other landed possessions at Sautuckett River. This land he held in common with his Uncle Ananias and the heirs of his Uncle Joseph. He lived upon the original homestead, in the near vicinity of his cousin Elnathan, in the First School Remove of Harwich.(7781)

Married (1) 16 Oct 1712, ACHSAH WINSLOW; possibly a daughter of Joseph Winslow of Harwich, MA. (Note: The earliest mention of a Joseph Winslow in the published Harwich vital records was 24 Nov 1794). 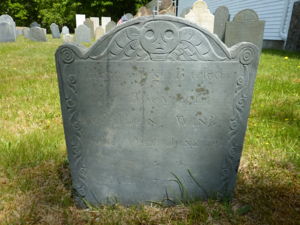