Wolfgang Wittelsbach was a member of the aristocracy in Europe.

Wolfgang was born on 26 September 1526 at Zweibrücken, the son of Duke Ludwig II and Elisabeth von Hessen, daughter of the Landgraf Wilhelm the Elder of Hessen. On 8 March 1545 at Kassel he married Anna von Hessen, the daughter ofLandgraf Philipp von Hessen, and they had ten children, including his eldest son and heir Philipp Ludwig.
His father Ludwig II died in 1532 when Wolfgang was only six. He was educated at the Heidelberg court under the guardianship of his mother and his father's brother Ruprecht. Wolfgang received the imperial fiefs from Emperor Karl Vin 1541, at the Regensburg Imperial Assembly, and in 1543 he formally began his rule. He left to his uncle Ruprecht the county of Veldenzs, Lauterecken and some small estates, in a contract at Marburg. In this way the Wittelsbachside line of Zweibrücken-Veldenz came into being.
The political decisions of Wolfgang were often characterized by a middle course between his personal Lutheran faith and the demands of his Catholic Emperor. So for instance, to uphold his neutrality in relation to the emperor he refused to take part in the Protestant Schmalkaldic League or the war of 1546/47. However, when the emperor, after his victory over the League, issued a temporary decree against the Protestants in the so-called Augsburger Interim, Wolfgang at first refused to carry this out. Under increasing pressure he later submitted to the will of the emperor, but he managed to delay the implementation of the Interim so long that it ceased to be relevant. On the other hand, in the princes' conspiracy against the emperor of 1552 Wolfgang remained neutral.
From 1551 to 1557 Wolfgang was governor of the Upper Palatinate, with his court in Amberg. In 1553 and 1555 the childless Count Palatine Ottheinrich, with whom he was on friendly terms and whom he had supported financially, named him his successof of Pfalz-Neuburg in two deeds of gift. In 1557 Ottheinrich, who had in the meantime become Elector of the Palatinate, resigned his rule over Pfalz-Neuburg in Wolfgang's favour. In 1560 Wolfgang reorganised churchproceedings in Zweibrücken with the help of a new Protestant order of service which had been developed under the reformers Philipp Melanchthon and Johannes Brenz. He also decisively reformed the school system.
Between Wolfgang and Friedrich III, who succeeded Ottheinrich as Elector, there were increasing conflicts over Ottheinrich's will in favour of Wolfgang, and because of religious differences. Wolfgang, who was profoundly Lutheran in his faith, fought stubbornly against the introduction of Calvinism into Friedrich's lands. Nevertheless from 1562 he supported the Calvinist Huguenots in France and in 1569 he sided with the Huguenots in the French war of religion, hoping thereby to win back the Lorraine estates for the empire.
Wolfgang lost his life in this war, on 11 June 1569 at Nessun near Limoges.

Is Wolfgang your ancestor? Please don't go away!

ask our community of genealogists a question.
Sponsored Search by Ancestry.com
DNA
No known carriers of Wolfgang's DNA have taken a DNA test. 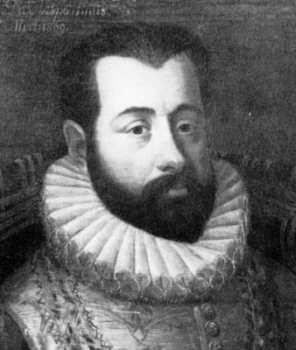 That makes 13 profiles to be merged. Maria Elisabeth (1561) is triplet.

Aleš Trtnik
As I was connecting to Wikidata, I found duplicated branch, that needs to be merged.

That makes 13 profiles to be merged. Maria Elisabeth (1561) is triplet.

Aleš Trtnik
As I was connecting to Wikidata, I found duplicated branch, that needs to be merged.