Emeline Wolcott as born on the 13th of August, 1810 in Utica, Oneida, New York. Her parents were Nathaniel Wolcott and Abigail Wolcott who were married on the 15th of May, 1803 in Wethersfield, Hartford, Connecticut. Nathaniel and Abigail were first cousins as their fathers (Nathanial Wolcott and Solomon Wolcott) were brothers and sons of Samuel Wolcott III (1713-1800) and Mary Wyatt (1716-1758) who were married on the 11th of March, 1735 in New London, Connecticut.

Henry Robinson Colwell, son of William Colwell and Charity Robinson, had been previously married and had two children named Augustus Colwell and E.C. Colwell. His first wife passed away in 1830. Henry passed away on the 6th of September, 1846 in Rock, Wisconsin at about 54 years of age.

Emeline Wolcott married Allen Miner on the 2nd of February, 1847 in Wisconsin.

Allen Miner had previously been married to Sophrinia Temple who had passed away on the 11th of November, 1846. Allen and Sophrinia had nine children together: Jacob, Ichabod T., David, Daniel, Elizabeth, Elizabeth T., Lucinda Amelia, Cyrus Temple and Mary Amanda Miner.

Son Henry Allen Miner was born on the 9th of January, 1848 in Evansville, Rock, Wisconsin.

At some time after 1848 the family moved to Mitchell Township, Mitchell, Iowa.

Erik Granstrom has a "Theory of Family Relativity" match with a Mr. D. as well as a 20cm auDNA match which goes back solely to Emeline Wolcott as Erik is a descendent of Leander Hoskins Miner and Mr. D. is a descendent of John W. Chester Colwell.

Is Emeline your ancestor? Please don't go away!

ask our community of genealogists a question.
Sponsored Search by Ancestry.com
DNA Connections
It may be possible to confirm family relationships with Emeline by comparing test results with other carriers of her mitochondrial DNA. However, there are no known mtDNA test-takers in her direct maternal line. It is likely that these autosomal DNA test-takers will share some percentage of DNA with Emeline: 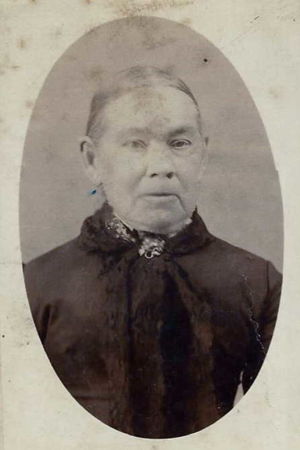 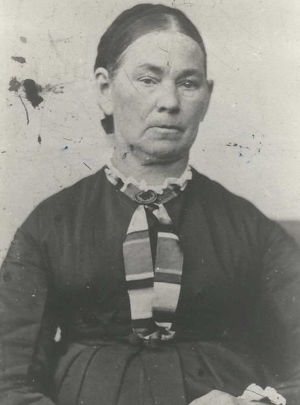 Descendent of Emilnes son John Colwell, to his son Albert then his daughter Ruby married a Davenport.