The biography at FInd A Grave and the Sons of the American Rev. both show a Mary Conyers as a second wife with a daughter, Mary. It may be possible but the dates do not make sense - an additional source is needed before adding this wife.Smith-40964 11:57, 17 March 2015 (EDT)

Erastus Wolcott settled in South Windsor, was repeatedly a Representative of the town in General Assembly and also speaker of the Lower House and Justice of the Peace, Judge of Probate, Judge and Chief Judge of the County Court, Representative in Congress, and Judge of the Superior Court. He held rank of Brigadier-General of Connecticut militia in Revolutionary War. An original member of the Cincinnati. Buried with his wife at Edwards Cemetery, South Windsor, Hartford County, Connecticut.[1] His memorial has some biographical material and a photo of his headstone and links to those of family members.[3]

See Wolcott genealogy : the family of Henry Wolcott, one of the first settlers of Windsor, Conn. p. 78,9 for children of this family.[1]

Thank you to Jackie Overland for creating WikiTree profile Wolcott-467 through the import of Munn-Overland Family.ged

More records on Erastus Wolcott may be available offline. Schedule a free consultation with our friends at Trace.

Is Erastus your ancestor? Please don't go away!

ask our community of genealogists a question.
Sponsored Search by Ancestry.com
DNA Connections
It may be possible to confirm family relationships with Erastus by comparing test results with other carriers of his Y-chromosome or his mother's mitochondrial DNA. Y-chromosome DNA test-takers in his direct paternal line on WikiTree: It is likely that these autosomal DNA test-takers will share DNA with Erastus: 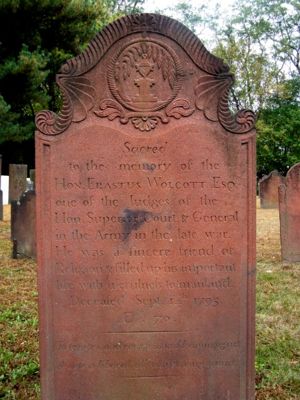 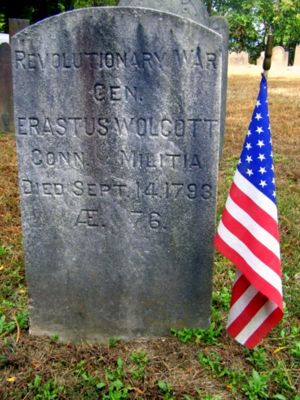