Leonard was born in 1824[1] in Camperdown (aka Campertown), Nova Scotia.

He was the father of 11 children with his first wife, Sophia Zwicker/Swicker. The youngest was James Henry born in 1866.

In the 1861 Census of Canada, Leonard is listed as the head of the household that include seven people, four males and three females. [2]

In 1868, he married Olivia Daures. He was 43 and she was 22.[3] He had six children with Olivia: Annie, Adelia Catherine, Isaac Augustus, Margaret Mary Ann, Ida May, and Bennett.

By the 1881 Census of Canada, Leonard is living in Bridgewater, Lunenberg, Nova Scotia. This census notes that he was Lutheran and a farmer, and though it says he was born in Nova Scotia, he claimed German as his nationality. [4] He and Olivia have nine children living with them at that time. [5].

In 1891, Leonard and Olivia were still in Bridgewater with five of their children. [6].

The 1901 Census of Canada would be the last that Leonard would appear in as he died the following year. He and Olivia remained in Bridgewater with Isaac, Bennett and Hilda, who is listed as his adopted daughter. [7]

Rod Blumenau, a great-great-grandson of John Leonard and Sophia, wrote in Oct 2013 in an e-mail to Chris Whitten, "We never did find out where John Leonard is buried, most likely somewhere with Olivia."

Is Leonard your ancestor? Please don't go away!

ask our community of genealogists a question.
Sponsored Search by Ancestry.com
DNA Connections
It may be possible to confirm family relationships with Leonard by comparing test results with other carriers of his Y-chromosome or his mother's mitochondrial DNA. However, there are no known yDNA or mtDNA test-takers in his direct paternal or maternal line. It is likely that these autosomal DNA test-takers will share some percentage of DNA with Leonard: 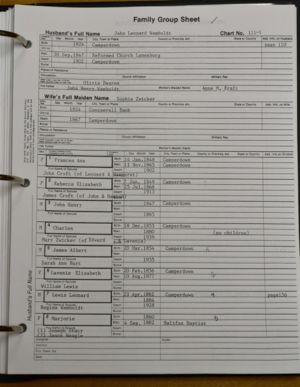 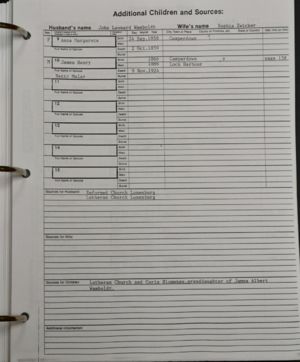 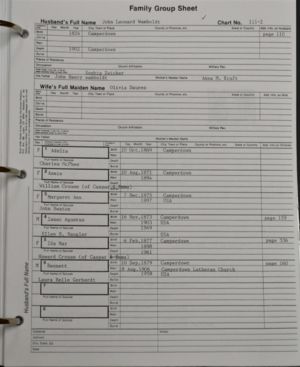 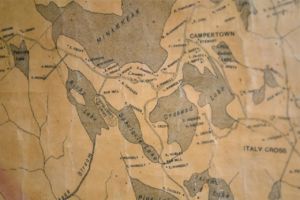 Chris Whitten
Our family connection to John L. Wambolt/Wamboldt is now supported by DNA. A stranger who took the AncestryDNA autosomal test, "R. B." (administered by qnana4), is a match and traces their genealogy through one of his sons. They have done a lot more of the Wambolt genealogy so I hope to convince them to add it here.
posted Aug 08, 2013 by Chris Whitten