William Tilden Wood was living in North Carolina circa 1759 when his son William Obediah Wood was born.

W.R. Jones's article, establishing the name of William Obediah "Revolutionary Bill" Wood's father, was published in the Mountain Echo Newpaper July 25, 1929. It states: Have just learned that the old Revolutionary ancestor to these Woods was really another William Tilden Wood, a great, great, great grandson remembers that his father used to say, "My father, my grandfather and my great grandfather were all named William". Also that his great grandfather, aged over 90, got sore once when his grandsons were objecting to him going bear hunting with them, because of his eyesight and great age. The old man declared that he was as young as any of them, and could see a gnat's bristle clear across the river.

In 1933 Walter A. Wood wrote to the National Archives looking for information on two Revolutionary Soldiers, near the same age, one was William Obediah Wood. Did he know of a tie between the two? Justus Wood 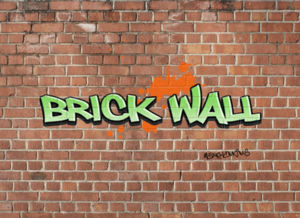 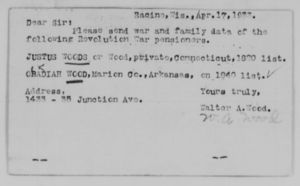