Grandfather and the Truck Ride

We were visiting at my Grandfather's (he was called Floyd) house in Alabama, my mother, me and my brother Charles. I remember it had a pretty steep large hill beside the house that was hard to climb up, covered in leaves. My brother and I would go to the top and slide down (it was fast) on the leaves.

On one of my rest breaks sprawled on the ground, my Grandfather called to me that if I wanted to take ride. I thought for sure I was going be in trouble because, I had been pestering him all day about the stones I had tripped over behind the church. He told my brother to stay there we'd be back and my mother didn't come either. He said he wanted to talk to me.

I was excited he picked me to go on a ride, but worried he was gonna get on to me for pestering. That is not what happened, but he talked about it in a way I will never forget.

Basic - He said as we drove up and down the hills in Alabama that as far as I could see used to be ours. And the white man took it and now he was destroying it. We drove down to what he said was a Man-made Lake that they had just put in and said they were destroying everything they took. They were making the Land sick. He was not at all happy with it. At all.

My mom said the land had belonged to her mother the Peoples owned it, so I was real confused. But I understood he did not like what they were doing to what he consider his land... it was personal to him. So it is to me. Thats it.

I feel I should get his old address and find that man-made lake he disliked so much.

The stones behind the church that I tripped over. There are over a hundred unmarked unknown people behind the Cedar Mount Baptist Church . Grandpa said they were from the people that lived here before the white man came and took it.

I suppose I should explain about what happened behind the church I was pestering about. My Mother had come to the Cedar Mount Cementary to visit my Uncle Howard who had past. She told me we were related to everyone in that graveyard somehow. While she went in to talk with the Pastor I ran around into the woods surrounding the church. I was running amoungst the trees and brush when I was tripped I landed flat but didn't hit my face. When I picked my head I could see all through the brush these stones. Some had writting but so faded, in a reddish color. I knew that they were old and too a kid everything is old, but this was different. I knew it was old all of them were and they were everywhere that I could see around me.

When I finally got back to the church, I turned around and remember thinking if a war or something had happened there. There were so many of them. I would of asked my Mother about it, but by then she was tired and said I was pestering her. So, I pestered Grandfather and boy did I hear him speak we were on that ride for awhile. I didnt ask him any question then because I knew he was serious and telling something he felt was very important at least to him and there was no room for questions, he just talked. I think he really truly loved the land and was disgusted with them altering and plundering the earth itself. That is mainly what he talked about.

He did say white man and he did say they took the land and now they were destroying it. I'm a white person but I knew he wasn't talking about me and the way he said it it didn't sound weird.

I gotta tell you on that ride I did not understand or comprehend alot of what he was saying while he was talking. But I listened well because I had never heard my Grandfather talk so much and he meant what he was saying no doubt. We were on that ride I'm guessing a hour or so, because my Mother said she had started to get worried when we got back. I remember feeling a little numb when we got back, like my head had gotten alot of talking to

I just looked at the transcripts (the link is up by the title) they have changed out the old markers for other ones. I sure hope they kept the old stones, they had personality an essense, can't really describe the feeling. The brush has been cut down apparently much futher out into the woods. The stones went back a long ways or too a kid at that time they seemed to not end.

This section is a work in progress..

served throughout the four years of the war, including the action at Lookout Mountain and Missionary Ridge. He told of riding on horseback from Lookout Mountain to Missionary Ridge and was stopped by a Yankee who cursed him but let him ride on. He fought in one of the last major battles of the war near Richmond for 20 straight hours and had a number of horses shot from under him. A naturalist and animal lover, he bemoaned the loss of each horse. He hid in a tree at the end of the war to escape capture and walked toward Decatur for three months until his shoes had worn away and his clothes were in tatters. [2]Article

ordnance sergeant—for galiantry in action against hostile Comanche, Cheyenne, and Kiowa Indians, at the Washita River, Texas, September 12, 1874; while in command of a detachment of five men and carrying dispatches, he was attacked by 125 Indians, whom he and his command fought throughout the day, he being severely wounded; while serving as sergeant, troop I, 6th cavalry.[3]Book

told of his vivid memories of Yankees riding through town and taking their only cow. His mother was ill from childbirth and the family begged the soldiers to leave the cow to feed their new little brother. They took the cow, and baby and mother died. Rufus was very angry about this until he died.

NOW TO FIND YOUR PEOPLE

Family Members Researched for this Profile

Listing of the Other Profiles in Connection to Them

For Later: ( Armstrong Side)

Children from the Marriage and Siblings of Floyd Woodall

Residences with their Occupants

Death and Burial at Thomaston Ala Veterans Cementary

ask our community of genealogists a question.
Sponsored Search by Ancestry.com
DNA Connections
It may be possible to confirm family relationships with Floyd by comparing test results with other carriers of his Y-chromosome or his mother's mitochondrial DNA. However, there are no known yDNA or mtDNA test-takers in his direct paternal or maternal line. It is likely that these autosomal DNA test-takers will share some percentage (beta) of DNA with Floyd: 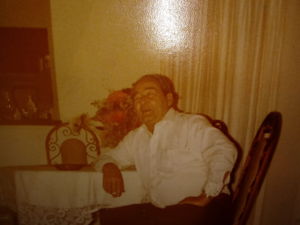 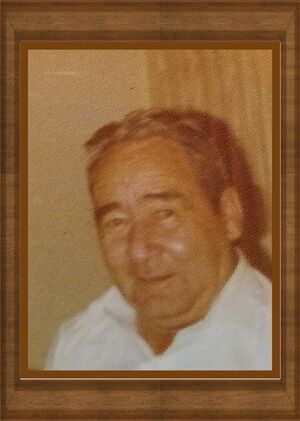