Ruby Eveline Jane Woodward was born in Ipswich, England on 23 November 1890 to Charles Woodward and Elizabeth Amass. Ruby and her family immigrated to Quebec, Canada in 1905 on the Lake Champlain. Their entries were also marked "British Bonus Allowed." Her family is again found in Dudas, Ontario in 1911 where Ruby is listed as working as a Stenographer. Ruby would later arrive in the U.S. in 1921 according to U.S. census records and border crossing documents. First found living in Chicago, Illinois in the 1930 census and again in New York City, New York in the 1940 census. She is listed in both census documents as single and working as a Stenographer. Marriage and Death documents are still not available.

Is Ruby your ancestor? Please don't go away!

ask our community of genealogists a question.
Sponsored Search by Ancestry.com
DNA
No known carriers of Ruby's ancestors' DNA have taken a DNA test. 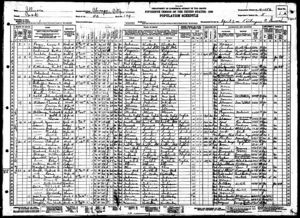 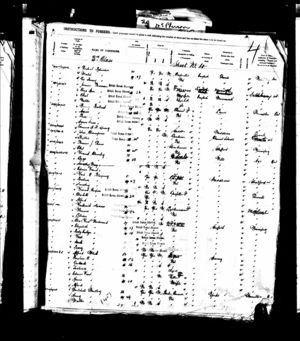