Frank Winfield Woolworth (April 13, 1852 – April 8, 1919) was the founder of F. W. Woolworth Company, and operator of discount stores known as "Five-and-Dimes" that featured a selection of merchandise priced at five and ten cents. He pioneered the now-common practices of buying merchandise direct from manufacturers and fixing prices on items, rather than haggling. He was the first to use self-service display cases so customers could examine what they wanted to buy without the help of a salesclerk.

Frank Woolworth was born in Rodman, New York, to John Hubbell Woolworth and Fanny McBrier, and had a brother, Charles Sumner Woolworth.

He borrowed $300 and opened a five-cent store in Utica, New York, on February 22, 1878. It failed within weeks. Woolworth opened his second store in April 1879, in Lancaster, Pennsylvania, where he expanded the concept to include merchandise priced at ten cents.

At the time of his death, Woolworth was worth approximately $6.5 million or the equivalent of 1/1214th of the US GNP 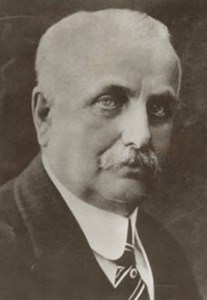 Frank is 15 degrees from Cecil B. DeMille, 23 degrees from Rosalie Neve and 16 degrees from Henry VIII of England on our single family tree. Login to find your connection.