William was the second son of John Wordsworth, attorney-at-law and law-agent to Sir James Lowther, afterwards Earl of Lonsdale. His mother was Anne, the only daughter of William Cookson, mercer of Penrith, and his wife Dorothy, nee Crackanthorp of Newbiggen Hall, Westmoreland. There had been Crackanthorps at Newbiggen Hall since the time of Edward III. William's grandfather moved to Westmoreland from Peniston, Yorshire, where his family had lived since before the Norman Conquest (according to William), and purchased the estate of Sockbridge. His mother, Anne, died in March 1778 of a decline brought on by a cold. His father never recovered from his wife's death, and died in 1783. when William was in his fourteenth year, and had just completed his ninth year at Hawkshead, where his older brother Richard also went to school.[3]

William had three other siblings;

Describing himself as a child he said,

"I was of a stiff, moody, and violent temper; so much so that I remember going once into the attic of my grandfather's house at Penrith, upon some indignity having been put upon me, with an intention of destroying myself with one of the foils which I knew were kept there. I took the foil in my hand, but my heart failed."[4]

William's father had spent a lot of time away on business but did encourage William to read widely and commit verse to memory, using his father's library. He had been taught to read by his mother.

William and his brother Richard were placed into the care of his uncle Christopher Crackanthorp when their father died, and it was due to Christopher and another uncle, Richard Wordsworth, that he was allowed to continue his education, as Sir James Lowther had forcibly borrowed £4,000 from his attorney and refused to repay it, and the Wordsworth family spent most of their father's remaining fortune trying to recover it, which they did eventually after Lord Lonsdale's death in 1801.[3]

William was to remain at Hawkeshead Grammar School until 1787, during which time there came to him the first signs of 'awakening'. "He already delighted in lonely strolls, in which a characteristic mood began to show itself. The outward world seemed to him to be a dream; distant mountains assumed a spectral life, and affected him with a kind of superstitious awe (Prelude, i. 377, &c., ii. 351). The love of boyish sports gradually developed into an almost mystical love of nature."[5].

William graduated with a B.A. degree from St. John's College, Cambridge University in 1791.[4] He clearly enjoyed nature, taking his first two summer vacations from University based in Hawkshead, Cumbria, where he had been to school, and in 1790 went on a walking tour in Europe, including the Alps. This probably resulted from being brought up in Cumbria.

In November 1791 he went to France and had an affair with Annette Vallon, who had a his daughter Anne Caroline in December 1792, whom he was not to see until she was aged 9, having returned to England due to financial problems. He returned to France in 1802, when the Peace of Amiens allowed him to go, accompanied by his sister Dorothy, who lived with him for the rest of his life. They advised Annette that William was to marry Mary Hutchinson, on 4 October of that year (ref.1).

Thomas De Quincey said of him,

"... Throughout his later life, with all the benefits of a French discipline, in the lesser charities of social intercourse he has always exhibited a marked impatience of those particular courtesies of life. . . . Freedom,—unlimited, careless, insolent freedom,—unoccupied possession of his own arms,—absolute control over his own legs and motions,—these have always been so essential to his comfort that in any case where they were likely to become questionable, he would have declined to make one of the party."[4]

William lived at Dove Cottage in Grasmere, Westmoreland, with his sister Dorothy, between 1799 and 1808.[6]

They lived a simple life, drinking water and eating simple fare, gardening, wandering over the hills, and rowing upon the lake, Coleridge and his family repeatedly stayed for months under Wordsworth's roof, later their circle of friends increased but life remained simple.[4]

Dorothy introduced her friend, Miss Mary Hutchinson of Penrith, to William, and on 4 October 1802, William married Mary at Gallow Hill.[4] William and Mary had several children who died in childhood, but they had three children who survived.[4]

In 1813, he and his family, including Dorothy, moved to Rydal Mount, Ambleside (between Grasmere and Rydal Water), where he spent the rest of his life.

Wordsworth's poetry was the subject of much criticism during his life, as he wrote about the mundane and ordinary, which was in great contrast to other popular poets that had preceded him.[4] However, it is very clear that the critics did not understand, the depth and intensity behind his poems, which was brought out by Richard M. Bucke in his 1901 study titled "Cosmic Consciousness: A Study in the Evolution of the Human Mind", Part 5. Additional, Chapter 12. He was uncertain whether William had attained that high state of consciousness, which is beyond the human mind, and Steve Taylor, in 2017, referred to as 'awareness' or 'wakefulness'; "in fact it may be considered as quite clear that this did not happen"[7], Bucke wrote. In contrast, Taylor (2017, p57-8) is without any doubt that it did happen to William and was an example of what Taylor terms 'natural wakefulness', which implies he was born with that state of consciousness. In fact they both used the same poem and arrived at their opposite conclusions!

""And I have felt
"A presence that disturbs me with the joy
"Of elevated thought; a sense sublime
"Of something far more deeply interfused,
"Whose dwelling is the light of setting suns,
"And the round ocean and the living air,
"And the blue sky, and in the mind of man—
"A motion and a spirit, that impels
"All thinking things, all objects of all thought,
"And rolls through all things."

Whilst William's beautiful and profound poems, combined with a high degree of sensitivity to nature do support a high level of consciousness, what is known about his childhood (see quote above - thought about committing suicide), early loss of his mother and father, separation from his beloved sister Dorothy, and family traumas could have brought about the same effect later in life through release from depression.

He began the semi-autobiographical master-piece in Germany in 1798 and finished the first version at Dove Cottage in 1805. In it we find the following:

""A tranquilising spirit presses now
"On my corporeal frame: so wide appears
"The vacancy between me and those days,
"Which yet have such self-presence in my mind
"That, sometimes, when I think of them, I seem
"Two consciousnesses, conscious of myself
"And of some other Being." (William Wordsworth, 1805, Book Second, p.21, Download.pdf)

The contrast in conscious between his early days and later could not be more clearly expressed.

In 1838, After thirty-six years of marriage, he wrote the following lines about his wife, Mary:

"Morn into noon did pass, noon into eve,
And the old day was welcome as the young,
As welcome, and as beautiful,—in sooth, more beautiful,
As being a thing more holy."[4]

In 1841, William, aged 71 and Mary, aged 70, were residing at Upper Grosvenor Street, St George Hanover Square, Westminster, Middlesex, with William giving his occupation as Distributor Stamps, actually an appointment he had received for Westmoreland in 1813[8], to help financially and thereby give him more time to write poetry.

Wordsworth died of pleurisy on 23 April 1850 aged 80, at Rydal, South Lakeland District, Cumbria, and was buried at St Oswald Church, in Grasmere.[2] His wife Mary who had been deaf and blind for many years survived him, living until 1859, she was over ninety.[4]

The "Journals of Dorothy Wordsworth", William's sister, have been published in two volumes, and shed light on their lives and travels, and their literary family.[9] [10] 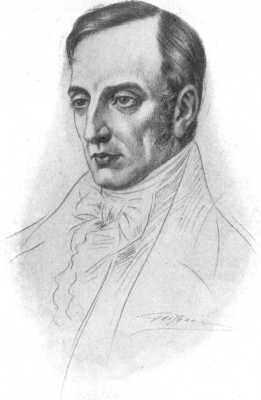 William is 20 degrees from Claire Nava, 26 degrees from Levi Strauss and 14 degrees from Henry VIII of England on our single family tree. Login to find your connection.