Jadwiga Wolk Rudiak was actually born Agnieszka Wowk in the town of Uherce Mineralne, Austria Occupied Poland, Galicia, on July 18, 1874. Her parents were Michal Wowk and Rozalia Ogorkiewicz. She married Jan Rudiak, born February 8, 1872, on February 9, 1899 in Olszanica, Austria Occupied Poland. Jan's parents' names were Lukasz Rudiak and Katarzyna Salosz. This area of Poland was known then and now as Galicia as borders changed frequently; the area is now occupied by parts of Poland, Ukraine and Slovakia. She followed Jan to America in 1906 with two small children Kazimierz and Antoni, ages 5 and 6 respectively. Like many newly arrived immigrants to America, an exhausted Agnieszka Wowk entered the halls of Ellis Island bewildered with children. She simply wanted to end her journey to be with her husband. Renamed by immigration officials, presumably, she now became the officially documented immigrant Jadwiga Wolk Rudiak and she was on her way to be with her husband in Luzerne County, Pennsylvania. Jan Rudiak worked there as a miner, she as a housekeeper but they eventually made it to Pierce Avenue in the area known as Red Row in Lyndora. Red Row was a company shanty town comprised of row houses owned by the Pullman Standard Company in the area that is below current Hanson Avenue. Eventually they came to live on Peterson Street just below SS Peter and Paul Ukrainian Orthodox Church. She went on to have 8 children total, 7 boys and one girl. The girl died while a child and the 7 boys grew up to form a band called The 7 Rudiak Brothers playing in area clubs and forming their own Rudy's Bar. At age 95, Jadwiga died in a fire in her house on March 24, 1969 from smoke inhalation; her son, Antoni, made it out of the burning house alive. Her funeral was at SS. Peter and Paul Ukrainian Orthodox Church and she is buried in Butler Memorial Cemetery in Butler, PA.

She was followed by a brother Josef (Wowk) Wolk, who also took the new last name as his own. He died in Trumbull, Connecticut in 1975.

Is Jadwiga your relative? Please don't go away!

ask our community of genealogists a question.
Sponsored Search by Ancestry.com
DNA Connections
It may be possible to confirm family relationships with Jadwiga by comparing test results with other carriers of her mitochondrial DNA. However, there are no known mtDNA test-takers in her direct maternal line. It is likely that these autosomal DNA test-takers will share DNA with Jadwiga: 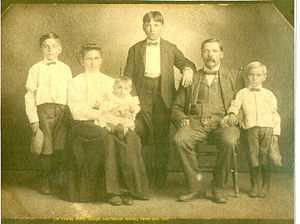 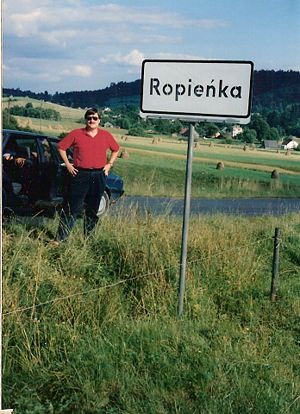