After the death of her husband, Mercy Allen traded her small holdings in Coventry for much larger land rights on the Connecticut frontier, which became Litchfield. Five years later, she bought into the Litchfield Proprietorship, becoming the only woman proprietor.

She drew for a house lot in the town's first land division in 1721, took responsibility for building Litchfield's south garrison during an Indian scare, and directed the family in clearing their new farm.

Mercy was born in 1674, daughter of Judah & Mercy (Burt) Wright. She was married to Samuel Allen. They had twelve children. She passed away in 1728.

Is Mercy your ancestor? Please don't go away!

ask our community of genealogists a question.
Sponsored Search by Ancestry.com
DNA Connections
It may be possible to confirm family relationships with Mercy by comparing test results with other carriers of her mitochondrial DNA. However, there are no known mtDNA test-takers in her direct maternal line. It is likely that these autosomal DNA test-takers will share some percentage of DNA with Mercy: 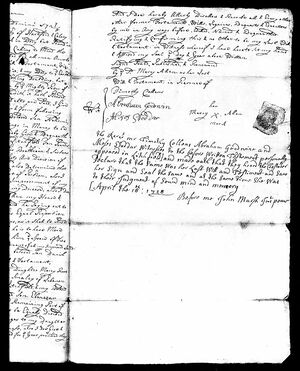 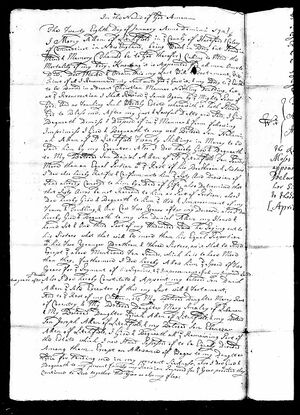 Sandy Culver
Wright-27130 and Wright-11 appear to represent the same person because: same spouse, same parents, suggest merge rather than removing
posted May 30, 2018 by Sandy Culver