Death record states buried at Oak Grove Cemetery and employed as a night watchman at an elderly age. 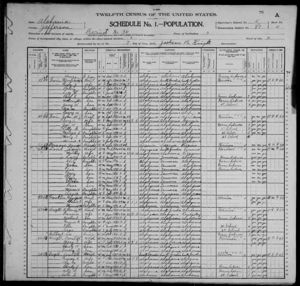 Leave a message for others who see this profile.
There are no comments yet.
Login to post a comment.
Anonymous Stringfellow
District 87

Living next door to Franklins

William is 18 degrees from Peter Roberts, 14 degrees from Emma Smith and 16 degrees from Henry VIII of England on our single family tree. Login to find your connection.