He was a merchant sailor from London who escaped his ship in the Bay of Islands, New Zealand. Due to this he was likely somewhat secretive about date of birth etc. and his age on different documents such as marriage and death vary by a number of years, plus he unfortunately has a common name and comes from a big population center. Buried at Rangatira Cemetery, Hunterville, New Zealand.

His parents were George Wright and Jane Wright nee Edwards and he had a sister (possibly half) Louisa. His father was a coach builder (horse and cart) and/or wheelwright.

ask our community of genealogists a question.
Sponsored Search by Ancestry.com
DNA Connections
It may be possible to confirm family relationships with Walter by comparing test results with other carriers of his Y-chromosome or his mother's mitochondrial DNA. However, there are no known yDNA or mtDNA test-takers in his direct paternal or maternal line. It is likely that these autosomal DNA test-takers will share DNA with Walter: 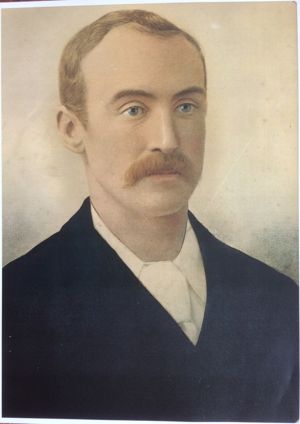