Aleck Wunsch was a Volga German.

Galka is also Ust_Kulalinka. Alec chose Harold for his middle name when he was an adult. He became a naturalized United States citizen in 1937.

In 1763, Catherine II (Catherine the Great, German born empress of Russia) sent agents into the German states for the purpose of recruiting settlers. These colonists were to develop the fertile, uncultivated agricultural lands southeast of Moscow, specifically along the VOLGA River. There were several promises that made this offer attractive to the Germans: freedom from various forms of taxes and customs duties, self government for the towns, freedom of religion, and freedom from military service, to name a few. It is easy to see how attractive this would be to Germans who were suffering from widespread poverty, malnutrition, and unemployment brought on by feudal infighting, the 30 Years War, religious persecution, and the general politics of the day. The extent of this migration was so great (4000 families in 1767 alone) that further migration was forbidden by the German Emperor Joseph II. Migration to the VOLGA effectively ended at this time. During these 1763-1767 years it is estimated that over 25,000 Germans migrated primarily from Hesse and the southwest states but nominally from other areas as well. Only one of those 25,000 immigrants had the surname Wunsch. Johannes Wunsch of Pappenheim, Hesse married on the way, in Budingen, Germany March 10, 1766, along with 9 other immigrant couples. He was assigned to Galka Colony. All Volga Ger-Rus Wunsches are descended from Johannes. My Father was born in Galka. His parents did not follow the custom of giving children a Saint’s name and then the “call” name so they do not have three name. My father gave himself the middle name Harold on his Naturalization papers. He became an accomplished welder and boilermaker working in a railroad roundhouse in Colorado and then Burlingtonton, Iowa for the Burlington RR. During WWII he and only 3 others could make 3 cuts in a steam locomotive that had derailed thus producing 4 pieces that the crane car was able to lift back up onto the track - then weld them back together!

Dr. Igor Pleve professor of History at Saratov State University, Russia has access to Russian Volga German records but these are incomplete.


Memories: 1
Enter a personal reminiscence or story.
Jayne (Wunsch) Dye
Alec did not become a farmer like his Dad and 3 brothers. At 18 he became an apprentice for the Santa Fe Railroad. He worked in LaJunta, CO. in a roundhousei as a boilermaker until he moved his family to Burlington, IA. in 1936. The next move was to Galesburg, IL. (1941) at which time he was employed by Union Carbon & Carbide. He was an arc welding instructor for customers of UC& C whichrequired that he travel for extended trips. He would be on the road for 6 weeks, then 4 weeks, then 2 weeks, repeating this pattern for 7 years. He was then offered a promotion requiring a move to the home office in Chicago. Mother did not want to live in Chicago. At the same time Dad's sister , Maria, had just lost her husband. She was in the process of erecting a building for her interior design business. Dad and Mom agreed to move to Houston, Tx and go into partnership with her (1948)

It was the end of my 10th grade year. I did Not want to move. It turned out just fine though - life defining.

ask our community of genealogists a question.
Sponsored Search by Ancestry.com
DNA Connections
It may be possible to confirm family relationships with Aleck by comparing test results with other carriers of his Y-chromosome or his mother's mitochondrial DNA. However, there are no known yDNA or mtDNA test-takers in his direct paternal or maternal line. It is likely that these autosomal DNA test-takers will share some percentage of DNA with Aleck: 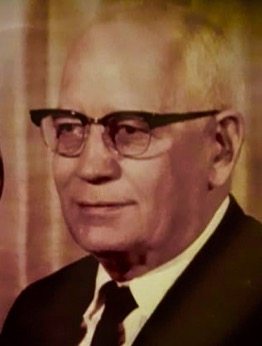