John was a painter for the railroad bridge in Thebes according to Penny Kent. John was a drinker as were many men in Thebes.

John worked at Illinois Ordnance Plant near Crab Orchard Lake at the time of his death.

The Daily Independent from Murphysboro, Illinois

THREE DIE IN HEAD-ON IN ROUTE 3 Two Defense Workers and Sparta Inspector Victims. Two men were killed outright and a third mortally injured early Sunday in a head-on automobile crash in State Route 3 two miles south of the Gorham Y. Robert Earl Holley of Paris Tenn., and John I. Wyatt; of Thebes, Ill., died in an old 34 model Ford headed south. Kent Pinkerton of Sparta, an aging Missouri-Pacific car inspector of Gorham died four hours later in St. Andrew's hospital. He was driving a Plymouth, northbound. The Plymouth was found on its side. The Ford remained upright with its rear to the Plymouth. One theory was that the Ford may have somersaulted over the Plymouth. Holley's head had been forced through the windshield and as the body lurched back, again it came to rest with the battered head and face against the dash. Wyatt was driving. His feet remained under the wheel and his body hung out of the car through the left door, the head on the pavement. Both were reported lifeless when help reached them. Pinkerton was found conscious in the Plymouth. His most severe injury seemed to be a fracture. The motor in each car was driven back, indicating a square head-on crash in the darkness at great speed on the part of at least one of the cars. The wreck occurred at 3:45 a.m. There was no eyewitness. Circuit Clerk Fraser of Murphysboro came on the scene soon after the crash, helped get the victims out of the cars and described the sight as "terrible." Pinkerton talked, he said, but the official did not recall that the injured man explained how the accident happened. He gave instruction as to where to 'forward word of his injury. "They had to cut out part of the top of the Plymouth to get him out,” Clerk Fraser said. Holley and Wyatt were Illinois ordnance plant workers. A jury reporting to Coroner Roy S. Huffman returned an open verdict, not attempting to establish blame on the part of any one or give the exact cause of the accident. The cars came together just south of the I. C. railroad crossing. The highway sector between the Grimsby Y and the overhead near Gorham has been the scene of seven traffic deaths within the last two years. The high mortality rate on the straightaway slab remains unexplained. Robert Earl Holley of Paris, Tenn., was born in 1908 in Sharp, Ky. He is survived by one son, Manney Joe, aged 7 years, of East St. Louis; his mother, Mrs. Eva Holley, of Paducah, Ky, and the following brothers and sisters: O. E. Holley, of Honeymoon Island, Fla; Mrs. Vela McNabb of East St. Louis; Mrs. Alta Guffery, Akron, Ohio; and Mrs. Elsie Buteir of Brownsville, Texas. His wife was killed in an automobile accident, April 3, 1941. He was 33 years of age. Funeral services will be held Tuesday afternoon at 2 o'clock at Paris, Tenn. Interment will be in Simmons cemetery. The body was removed from the Crawshaw funeral home this morning at 10 o'clock: - John I. Wyatt. age 31 years, was born April 21, 1902, in Kennett, Mo. He was married May 26, 1924, in Cairo. Ill., to Goldie Mansker, who survives. Surviving with his wife are the following children, Virginia McIntire of Thebes, Betty Joe and Johnnie Coy Wyatt, both at home. His mother, Mrs. Anna Wyatt, one brother, Herbert Wyatt, of Thebes and the following sisters: Mrs. Linnie Matlock of this city, Mrs. Josie Manus of Anna, Mrs. Sally Sellinger of Mill Creek, and Mrs, Laura Turner of Trumann. Ark., also survive. Funeral services will be held Tuesday afternoon at 2 o'clock at the Baptist church in Thebes with the Rev. Wall of Mounds City in charge. Interment will be at Thebes. The body was removed from the Crawshaw funeral home this evening in Thebes. Kent Pinkerton of Sparta was born July 1, 1897, in Ava and was 44 years of age at the time of death. He had moved to Sparta six months ago. He was married Jan. 2. 1919. at Marion, to Nellie Rush, who survives with one daughter, Miss Nellie Mae Whitecotton of Sparta. Other survivors are his father. J. E. Pinkerton. of Hurst, and two sisters. Mrs. Stella Holsapple. of Hurst, and Mrs. Nettie Wilson of Bush. Funeral, services will be held Tuesday afternoon at 2 o'clock at the Baptist church in De Soto with the Rev. A. B. Von Hoose of Cambria in charge. Interment will be in the De Soto cemetery. The body will remain at the Crawshaw funeral home until the hour of the funeral. 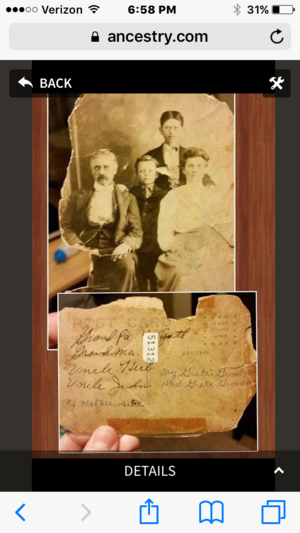 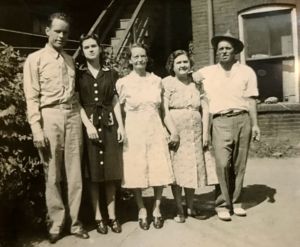