Captain Stephen Yates aka Yeatts
Born about 1756 in Virginia

This profile is part of the Pittsylvania County, Virginia One Place Study.

Some have said that he is a son of a John Yates and his wife Elizabeth. Neither person's will mentions a son named Stephen, and Elizabeth's will was written after her husband's so that seems to eliminate the chance of a posthumous child. I would like to know if anyone has a copy of an original source document proving that Stephen is a child of that John and his wife Elizabeth. Compiled genealogies are second-class sources. What is needed is a copy of original documents defining the relationship.[1]

Efforts to merge this profile with any profile associated with John and Elizabeth Yates will be rejected for this reason.

I have a professional researcher looking for documents which show the true relationship. Updates will be posted when available.

According to: INTIMATE HISTORY OF THE AMERICAN REVOLUTION IN PITTSYLVANIA COUNTY VIRGINIA. compiled by Frances Hallam Hurt 1976 and posted at http://www.rootsweb.com/~vapittsy/revolutionary.htm.

Roster of Revoluntionary Soldiers from Pittsylvania County, Virginia
This roster of Pittsylvania soldiers has been compiled with great difficulty. It is hoped that this list will be the beginning and descendents will add to it. Names have been drawn from private letters, pension papers, and genealogies, and from the following sources:
Thomas Carter Chapter, Daughters of the American Revolution
Encyclopedia of the American Revolution by Mark Boatner, and McKay
History of Pittsylvania County by Maud Carter Clement. J.P. Bell. 1919
Historical Register of Virginians in Revolution by John H. Gwaltmey 1938
List of Revolutionary Soldiers of Virginia by H.J. Eckenrode
Revolutionary Land Records. Vol 1 Virginia by Gaius Marcus 1936
Virginis Militia in Revoluntionary War by J.T. McAllister. 1913
Records in the Clerk's Office of Pittsylvania Sounty
Virginia State Archives
National Archives. (The National Archives contain the records of those
who applied for the Pension act of 1932 and in some cases contains considerably more information than given here) Those marked with a * applied for a pension, which required a written record of their military activities in the war:
YATES, Stephen, Capt. Va. State Line. 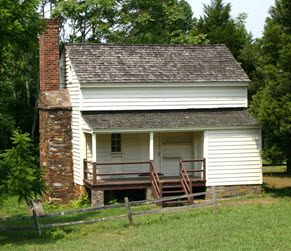 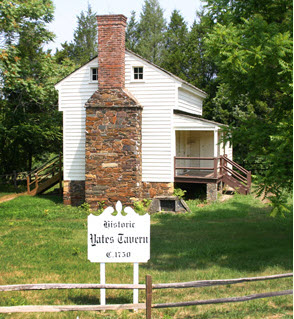 Leave a message for others who see this profile.
There are no comments yet.
Login to post a comment.
John Yates
As written above, the bio leaves the impression that, likewise, there is no actual evidence that Richard Yates was the father. Living in the general area is rather weak, for either man. Also, the link for Yates Tavern no longer works.
posted Aug 02, 2020 by John Yates

Katherine (Dick) Benbow
Yates-2984 and Yeatts-42 are not ready to be merged because: Yeattts-42 gives information as to the parents of the man which I believe is wrong. First someone needs to show source documents which prove that Stephen was the son of John and Elizabeth, as neither will mentions him. And I've addressed that issue on the profile for Yates-2984.
posted Sep 01, 2016 by Katherine (Dick) Benbow
Mary J. Murray
Stephen & Lydia had 11 children. James Tarpley Yates Born 1778 i
posted Apr 20, 2014 by Mary J. Murray