Dixie Nell Yates Gallaspy of Bogalusa died on June 28, 2016, after a lengthy illness. She was born on Palestine Plantation southwest of Franklinton on December 12, 1934, the sixth child of Fred W. Yates and Mrs. Camille Gardner Yates. Mrs. Gallaspy graduated from Franklinton High School in 1953 as Co-Valedictorian of her class and went to Texas State College for Women where she received her Bachelor's Degree in Art in 1957.

After working as an Assistant Home Demonstration Agent in St. Landry Parish, she was employed by Mueller's Department Store in Lake Charles in her chosen avocation as an interior designer. After moving to Bogalusa Mrs. Gallaspy established Dixie's Designs which provided and implemented aesthetic designs for the interiors of both homes and commercial structures with emphasis for years on the interior colors and arrangement of motion picture houses then being built throughout the South by Gulf States Theaters. At one time, in conjunction with the late Edgar Ferguson, she designed and manufactured women's clothing under the name of "d nelle" and marketed it through several of the major Canal Street clothing emporiums. She was a founding organizer of the Louisiana Chapter of the American Society of Interior Designers, and also was appointed by Gov. Edwin Edwards as a Charter Member of the Louisiana State Commission on Women's Rights. In 1985 Mrs. Gallaspy brought the Bed and Breakfast concept to Bogalusa. She had earlier purchased the acreage known as "Smoky Creek Plantation" where Mr. and Mrs. Vertrees Young had maintained their home for many years, and she adapted the home and grounds to accommodate overnight guests. Many couples were joined in marriage there, and in the frantic months following Hurricane Katrina first responders were billeted in the manor house.

In 1981 she was asked to serve as the first queen of the Magic City Carnival Association, and with the late Vertrees Young who Served as king, introduced the Mardi Gras celebration to Washington Parish.

Early in her career she was recognized as Bogalusa's Woman of the Year by the Bogalusa Professional Women's Association, and she was later honored by the entire city as its Citizen of the Year for 1982. In 1986 Mrs. Gallaspy founded the Smoky Creek Summer School for girls, providing pre-teen tutelage on table and social graces, health habits and nutrition, skin care and cosmetics, dating, formal entertaining, and other topics appropriate for girls who are about to mature into young ladies. Guest physicians, dietitians, cosmetologists, and other professionals conduct classes, and the school continues to receive national recognition. Her Sundays were preoccupied with worship services and the conducting of her adult Sunday School class at Elizabeth Sullivan Memorial United Methodist Church.

Mrs. Gallaspy was listed in Who's Who in America for many years.

She was preceded in death by her parents and her siblings, Frederic O. Yates, John Mousely Yates and Lyda Yates Wood; and is survived by her husband of 58 years, John N. Gallaspy; by sons, Dr. John Whithurst Gallaspy and wife Stacy; Gardner Weeks Gallaspy and wife Lori; and Leland Redding Gallaspy and wife Tonya; by grandchildren, Connor, Caitlyn, Marianna, Molly (Whit's children), Will and Emily (Gardner's children), and Caroline and Grant Gallaspy (Leland's children); and by sisters, Margie Yates Jenkins and Doris Yates Magee.

Her entire life, spanning from childhood when dropping seed corn in a furrow ahead of her father's plow to her later times of providing programs and entertainment for nursing home residents, was devoted to service to fellow human beings, cheerful and wholesome service, lovingly offered.

Visitation will be at Elizabeth Sullivan Memorial United Methodist Church in Bogalusa from 4:00 P.M. to 6:00 P.M. Friday, July 1, 2016 and 10:00 a.m. - 11:00 a.m. Saturday followed by the Funeral services conducted by Rev. Bill Moon at the Church at 11:00 a.m. Saturday. Interment will be carried out later in the Pelican Cemetery in Desoto Parish.

Is Dixie your relative? Please don't go away!

ask our community of genealogists a question.
Sponsored Search by Ancestry.com
DNA Connections
It may be possible to confirm family relationships with Dixie by comparing test results with other carriers of her ancestors' mitochondrial DNA. However, there are no known mtDNA test-takers in her direct maternal line. It is likely that these autosomal DNA test-takers will share DNA with Dixie: 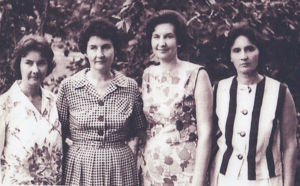 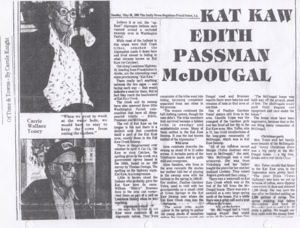 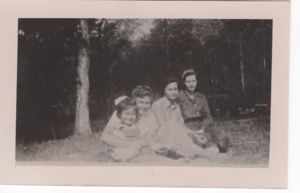 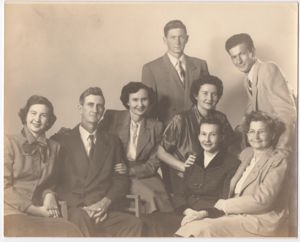 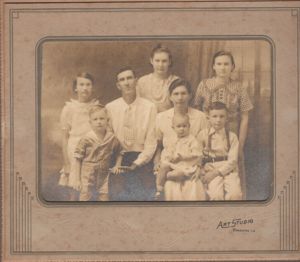 Dixie is 21 degrees from Claire Nava, 29 degrees from Levi Strauss and 18 degrees from Henry VIII of England on our single family tree. Login to find your connection.