Frederick was born in 1894. He was a farmer and landowner in Tangipahoa parish and was a member of many civic organizations of the time. He was a Freemason, and was a member of Franklinton Lodge No. 101, F&AM. When his brother Jim Yates died in 1918, Fred served as "Undertutor" for Jim's son James. (See images)

Juanita Gayer wrote about her Uncle Fred and life on the farm:

When we were at Grandfather's, Uncle Charlie and Uncle Fred were running the farms of the home place. They were good to us children, although they teased us a lot. Uncle Fred had an automobile-- I don't know what make it was, but it was a roadster, or single-seated, anyway-- in 1918 and 1919, there were not too many of any kind around. In Bogalusa -- a larger town than Franklinton -- where we had lived prior to coming down to Grandpa's to escape the Flu -- I can remember seeing quite a few, but they seemed to be those used for business purposes -- taxis, deliveries, etc -- although a lot of those were still done by "surrey" and wagon. Of course, in a very few years, there were many more cars; and the wagon was associated with the farm. I can remember horse-and-buggy rides from Franklinton to -- Grandfather's I suppose. All I can remember is that we thought it great fun, when the horse "forded" a small stream, and sometimes on a nice, slow stretch, we would get out and run alongside or behind, to pick a wildflower or explore something -- can you imagine being able to do that? Of course we knew nothing of the times when the roads were almost impassible with mud, or of being caught in a storm, or driving on cold, bleak days.[1]

A collection of documents pertaining to his farm business, which included trapping, wool, and cattle, has been uploaded here: Fred Yates Farm Documents

He died in August 1968 of a sudden heart attack early one morning at the breakfast table. He was alone with his wife, Camille, at the time. They always said his heart was weakened after he contracted the Spanish Flu in 1919. The Spanish Flu Pandemic lasted from 1918 to 1920 and killed 3 to 5% of the world's population, an estimated 50 to 100 million people.

He believed in fun and he loved to shoot fireworks for his children every Christmas when they were growing up, and he took them to the famous Washington Parish Fair every year. He was a fun loving grandpa and often took his grandchildren fishing in his lakes and swimming in the creek, and to his watermelon patch where they could pick out their own watermelon. [2]

Is Fred your ancestor? Please don't go away!

ask our community of genealogists a question.
Sponsored Search by Ancestry.com
DNA Connections
It may be possible to confirm family relationships with Fred by comparing test results with other carriers of his Y-chromosome or his mother's mitochondrial DNA. However, there are no known yDNA or mtDNA test-takers in his direct paternal or maternal line. It is likely that these autosomal DNA test-takers will share DNA with Fred: 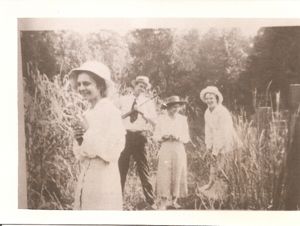 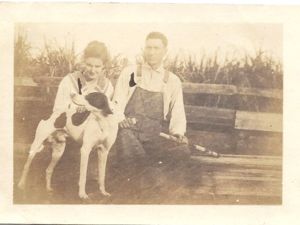 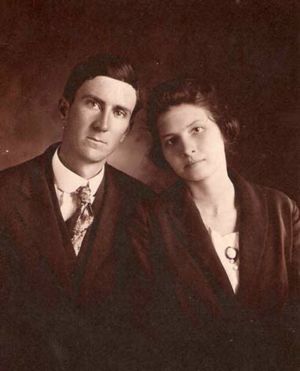 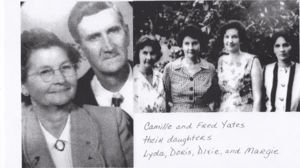 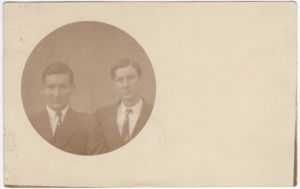 Fred is 21 degrees from Jaki Erdoes, 19 degrees from Wallis Windsor and 17 degrees from Henry VIII of England on our single family tree. Login to find your connection.