Son of Richard (York) of York and Cecily (Neville) of York

Richard III (York) of England KG is a member of the House of York.

and in the right of his wife:

After Edward IV died, the Duke of Gloucester rushed to London to be proclaimed Protector of the Kingdom[7], and usurp Edward V, the Prince in the Tower.[8]

On 7 August 1485, Henry Tudor, earl of Richmond, came out of exile in France, and landed in England with an army to fight at Bosworth. Although Richard's forces were larger than Henry's, many of his most powerful nobles defected at a critical moment. But Richard stood ground and died fighting, [1][5][6][4] effectively ending the reign of the Plantagenets [citation needed]

(Royal Tombs of Medieval England) Richard III died at Bosworth on 22 August 1485. His body was displayed with some irony in the Lancastrian mausoleum of St. Mary in the Newarke, Leicester, 'naked and despoiled to the skyne, and nothynge left above hym not so much as a clowe to cover his pryve members', before burial in the choir of the Franciscan friary church, Leicester,[4] a church with no tradition of royal or aristocratic burial. Richard appears to have had a tomb commissioned by Henry VII himself. An eighteenth-century transcript of wardrobe accounts record the payment in 1495 to James Keyley for 'King Richard tombe'. This may have been the monument that was the subject of a Chancery Court hearing in 1496, involving a contract drawn up the previous year at Newark between the royal commissioners. Speed claimed Richard's tomb had an alabaster effigy, which was broken up after the surrender of the Leicester friary in 1538 under Henry VIII's Dissolution of the Monasteries, at which time the king's bones were scattered. Tradition has it that Richard's displaced tomb-chest was later used as a water-trough. Leland's account of the friary church in the 1530s records Richard's burial but makes no mention of a tomb. No will survives for Richard III, and there is no evidence that he considered his burial place or commissioned a monument during his lifetime.

That said, the initial findings of King et. al (2014), could not pin down the date of the affair. Since it's unknown if it happened before or after Richard's existence, DNA can't be relied upon to identify the correct genetic genealogical pedigree:[9]

"The Y-chromosome haplotype from Skeleton 1 does not match that of male-line relatives of Richard III, ... a false-paternity event could have occurred in any of the intervening generations."[9]

Physical Appearance Remains also revealed that Richard's spine was curved,[9] but supposedly didn't effect his appearance. While the initial analysis of Richard's skeletal remains dubbed this condition "severe",[9] later reports by the BBC state his deformity could be hidden by clothing.[14][15][16]

Cardinal Vincent Nichols led Requiem Mass,[18] and stated that Richard, "reshaped vital aspects of the legal system, developing the presumption of innocence, the concept of blind justice and the practice of granting bail rather than being held in jail. He established the Court of Requests to give wider access to justice and insisted on the translation into English of all written laws and statutes so that they were readily accessible to all." He also described Richard as, "a man of prayer," with, "an anxious devotion.'"[19]

This person was created through the import of Jim Walker gedcom 4 Wikitree may 22 2011.ged on 24 May 2011. The following data was included in the gedcom. You may wish to edit it for readability. 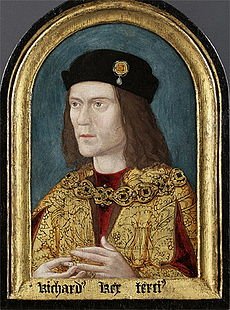 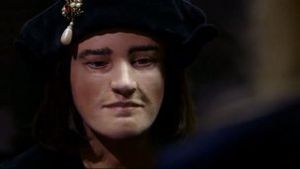 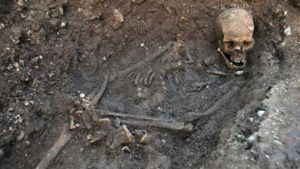 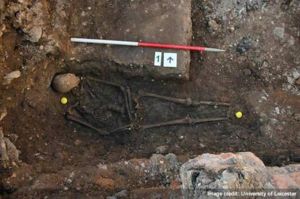 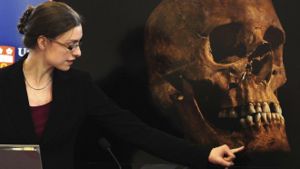 Canadian descendant of Richard III invited to the burial- Documentary of how remains were found, and determined to be him. How King Richard III Remains Were Discovered and Confirmed - Documentary- https://www.youtube.com/watch?v=V1Bxx2phuAE

Additional - Injuries to the Remains of Richard III (from University of Leicester)- https://www.youtube.com/watch?v=QwrIka8x9_w

Nathan Kennedy
The full mtDNA sequence of the Greyfriars Skeleton is in GenBank at https://www.ncbi.nlm.nih.gov/nuccore/KM676292
posted Jul 18, 2019 by Nathan Kennedy

Mary (Gulish) G
WOW thank you to a cousin who shared this information with me. To inform me that I am King Richard III 1st cousin 17 times removed . Through Neville. What a nice surprise
posted Jun 10, 2019 by Mary (Gulish) G

David Martin
Well I don't know about these dates where did they come from? I found the sources! not sure if they are accurate.
posted Feb 17, 2017 by David Martin
Linda Kendrick
Myy 2nd cousin 19Xremoved with our first common ancestor being my 20th great grandfather: https://www.wikitree.com/wiki/Plantagenet-66
posted Nov 25, 2016 by Linda Kendrick

Michele (Britton) Camera
The graphic titled "The House of York in 1475" under "Pedigree" has been shown to be incorrect and it should be taken down.

The male line family tree for the House of York as confirmed by DNA and historical research at the University of Leicester is located at:

The female line (mtNDA) descending from from Cecily Neville, also verified at the same university, is located at:

Richard III is 18 degrees from Jaki Erdoes, 17 degrees from Wallis Windsor and 3 degrees from Henry VIII of England on our single family tree. Login to find your connection.