Alvin Cullum York (1887-1964) ended the First World War as one of America's most famous soldiers, with fame and popular recognition assured following a remarkable act of courage and coolness in October 1918.

Alvin was born on 13 December 1887, the third of the eleven children of William York and Mary (Brooks) York. The family had a small farm in Pall Mall in Fentress County, Tennessee, where they lived in a one-room cabin. Alvin worked on the family farm from the age of 6. He attended school only for brief periods when he was not needed on the farm and was estimated to have obtained the equivalent of a 3rd-grade education by the time he became an adult.[1]

Growing up in poverty in Tennessee, young Alvin York became a crack marksman while hunting food for himself and his family. This skill was to be demonstrated with high effect during the war.

Despite his remarkable reputation for bravery and the win-at-all-costs attitude displayed during his wartime service, York was and remained a pacifist. Following a religious conversion in 1911 - he became lay deacon of a local pacifist sect - he declared himself a convinced pacifist.

Consequently, with the U.S. entry into World War I, York initially returned his draft papers-- before they were summarily re-sent to him by the draft board, at which stage he was drafted into 328th Regiment, 82nd Infantry. During training, however, he was convinced by his battalion commander, Gonzalo Edward Buxton - a fellow Bible student - that the Bible sanctioned active service.

Once in France, the semi-literate York earned lifetime fame for his part in an attack in the Argonne Forest against German machine gun positions on 8 October 1918. York, an acting Corporal, led 17 men in action against a German stronghold, the aim being to secure the position and return with German prisoners.

Initially successful without coming under fire, the small expedition took a number of prisoners before the Germans launched a heavy counterattack. With 11 of York's men guarding the captured prisoners (and with the other six killed) York resolved to proceed alone and tackle the German gunners ranged against them.

Having shot some 17 gunners via sniping, York was charged by seven German soldiers who realized that he was operating on his own. He killed them all with his pistol. With the aid of a German Major captured earlier York brought in a total of 132 German prisoners, a remarkable feat.

He was well rewarded, however, receiving lavish press coverage at home and the Congressional Medal of Honor, in addition to the French Croix de Guerre (and a fulsome citation from Supreme Allied Commander Ferdinand Foch).

York became a hero overnight. Yet despite the large throngs of crowds demanding speeches who gathered in New York City, Pall Mall, and every other stop York made, he was eager only to return home to his family, friends... and Gracie Williams. In full uniform, wearing the U.S. Medal of Honor, he and Gracie were married on June 7, 1919, by the Governor of the state.

For the next 10 years, York was well honored. Yet he turned down the many offers to endorse products, star in motion pictures and so on-- though he did accept a few of the lighter deals, using the money to provide for his wife and growing family. A lovely home was given to York by the Nashville Rotary Club, with 400 acres of prime bottomland, and it served well for the many, many visitors who stopped by. Gracie always invited them to stay for a meal, and the conversations continued late into the night.

York also began the Alvin C. York Agricultural Institute. In 1929, York decided—after much pushing from friends—to publish his war diary, in an effort to raise more money for the failing Institute, and to build a school for the local mountain children. He was a compelling speaker and many flocked to hear him. But though many seemed interested, few gave monetarily, and in 1937 York gave the Institute to the state, which had more finances available. The Alvin C. York Agricultural Institute is still in operation today.

Eventually, the world began to turn to other heroes. And with tension appearing again in Europe, York found himself only aging, his past fading away. He decided to stay home, quietly farming, his aim being to minister to those who came to see him, not trying to go to them.

But the Lord, and a man from Hollywood named Jesse Lasky, had other plans. Lasky was determined to make the story of York into a movie, and by 1941 it became a reality. York advised in many areas, and Gary Cooper made a convincing copy of the humble, backwoods hero. Cooper gave up smoking on the set because York had such a strong objection to it. Though the movie was a great success (more so after World War II), and Cooper won two awards, York’s time for nation-wide recognition was over.

By the 1950’s, he had suffered several small strokes, but was still active in cattle breeding, farming, and so on. He was 13 years older than Gracie, but it didn’t stop them both from entertaining guests, telling & re-telling stories of their childhood & York’s war service, and occasionally consenting to be interviewed by a curious reporter. Speeches were given occasionally, especially on Memorial Day.

In 1954, York suffered a cerebral hemorrhage and spent the rest of his life paralyzed from the waist down. Until his death in 1964, York still talked to visitors as he was able and played with his grandchildren from his bed. On September 2, he went into the Veterans Hospital in Nashville, Tennessee, unconscious, and died that same day.[2]

Alvin C. York was buried at Wolf River Cemetery in Pall Mall[3] amid hymn-playing, including "Onward Christian Soldiers" (his favorite), a 21-gun salute, and then "Taps" while the coffin was being lowered.

Heroes come, heroes go. The world exalts one for a time, then drops him for another. In all this, there is comfort in knowing what truly matters in life; the one who follows the Lord’s leading can be certain of his or her destination. Neither Gracie, nor those who had ever heard the tiniest bit about Sgt. York, had any doubt that York was in Heaven. York himself said shortly before he died that, "If I don’t go back home [to Pall Mall] today, I will go to Heaven. And that be the truth." 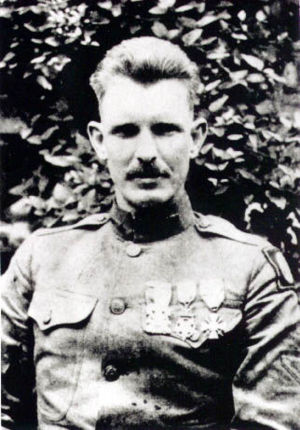 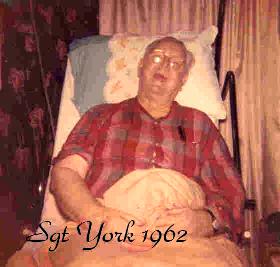 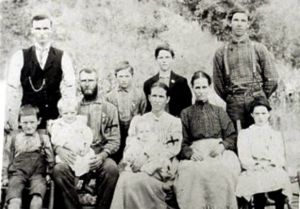 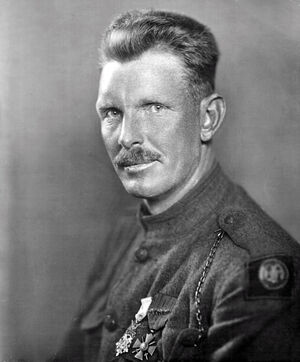 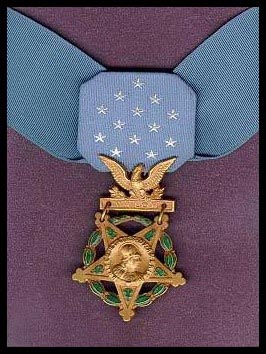 We plan on featuring Alvin in the Connection Finder alongside Julia Stimson, the Example Profile, on November 11th. Between now and then is a good time to take a look at the sources and biography to see if there are updates and improvements that need made, especially those that will bring it up to WikiTree Style Guide standards. We know it's short notice, so don't fret too much. Just do what you can. A Team member will check on the profile Tuesday and make changes as necessary.

Debi (McGee) Hoag
Alvin York has been memorialized by the Swedish heavy metal band Sabaton in their song "82nd All the Way." See it on YouTube at https://youtu.be/0LS0Z8fgiII
posted Jul 30, 2019 by Debi (McGee) Hoag
Keith McDonald
Hi

we had to rename the category World War I Heroes to World War I, Heroes

can you please add the comma to the line in his profile?

Also, you can add the category for his unit

also the two military awards mentioned on the other note (from 2 years ago). for the medal of honor, you can add by

or, to add to category and an image of the medal on his page, use

Philip Smith
You can add these categories: