Richard was born on 9 Dec 1921 in Milwaukee, Wisconsin to Joseph & Emily (TROKA) ZALEWSKI.[1][2] He was the 2nd child of three after his older sister Irene and before his younger brother Robert. The family was living at 826 Bremen St in Milwaukee at the time.[1] His middle name was actually Melvin at birth, but it was changed to Joseph a bit later on.

In October 1940, Richard joined the US Navy. He was stationed in Pensacola, Florida in Spring 1941 as an Aviation Support Equipment Technician when his mother suddenly passed away on 1 May 1941 of a stroke. The story goes that he could not afford the trip home for her funeral and just happened to find a $20 bill on the ground that he was able to use for his ride home. There are letters in the family collection that his mother wrote to him in April 1941, so these would be the last words he had from her, which is probably why he kept them.

During most of World War II, Richard was stationed with the US Navy in Hilo, Hawaii where he was a Aviation Machinist’s Mate, 3rd Class. They were responsible for “maintaining aircraft engines and their related systems, including the induction, cooling, fuel, oil, compression, combustion, turbine, gas turbine compressor, exhaust and propeller systems” and many other things.

When Richard returned from the war, a young woman named Mary Jane CORRIGAN was living with her aunt and uncle, Edy & Ethel (CORRIGAN) STRELKA in Milwaukee. Edy Strelka was Richard’s first cousin, so Richard and Mary Jane met and after some time were married on 11 October 1947 at St. Gall’s Church in Milwaukee.

The family lived in Milwaukee where their first two children were born. In about 1955, the family moved north to the “suburbs” in Cedarburg, Ozaukee, Wisconsin where they lived for the rest of their lives and had one more child.

Richard worked with the US Postal Service in Milwaukee for many years, retiring in 1978. On 18 April 1999, Richard passed away from a quick bout with Pancreatic Cancer.[3] He is buried at St. Francis Borgia Cemetery in Cedarburg.[4][2]

ask our community of genealogists a question.
Sponsored Search by Ancestry.com
DNA Connections
It may be possible to confirm family relationships with Richard by comparing test results with other carriers of his Y-chromosome or his mother's mitochondrial DNA. Y-chromosome DNA test-takers in his direct paternal line on WikiTree: It is likely that these autosomal DNA test-takers will share some percentage of DNA with Richard: 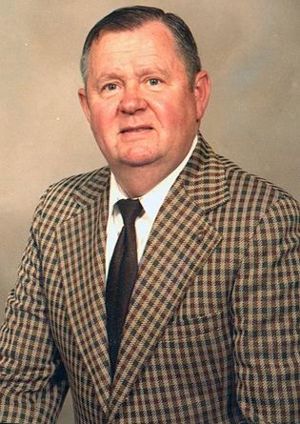 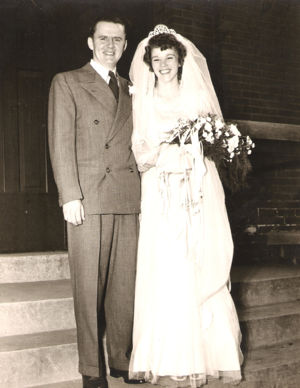 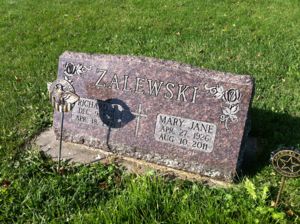 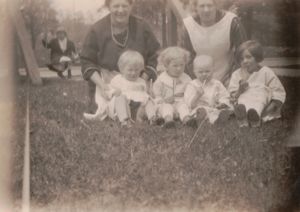