Anna was born in Sipiory, Bromberg, Prussia, which is now in Poland and still called Sipiory. The 1910 US census reports that Anna had 8 children, including a pair of twins, Henry and Martha. All 8 children survived into their 80's and most into their 90's.

The 1910 census reports that Anna speaks English, though her husband Christian is reported as speaking only German.

Anna Ziebell was born February 1, 1851 in [|Posen], Germany. (This was Prussia, when she was born, became part of the German Federation in 1871, is now in Poland--Note added by Ted Bergstrom) She was baptized and confirmed in Posen. (The 1900 US Census reports that she came to the U.S. in 1870. Note added by Ted Bergstrom) At the age of twenty-two years she and her sister, Caroline, emigrated to America. Their father had his ticket for America and was to go with them. He was stricken by sudden death just before departure time. His ticket was sold and his two daughters journeyed alone. They were to go to Maple Grove, Minnesota where an aunt had financed the trip for them. One brother Ernest, was living in the area at that time, having preceded his sisters in having left Germany. Anna arrived having only twenty-five cents in her purse. Their voyage had been by steamship and not nearly as lengthy or arduous as that of Christian Boettcher five years previous. Caroline married a man by the name of Mittertag and they made their home in Osakis, Minnesota. Ernest, Anna’s brother, moved around from state to state. At one time he was caught in a Dakota blizzard and it was feared by his family that he had lost his life. He later returned to family and friends proving that he had survived. His survival lasted to the ripe old age of one hundred years. His work had been that of a bricklayer. He was twice married. He made his home in Bellingham, Washington. Anna’s aunt, Mrs. Hiller, was widowed but had children near her. Anna told the story of Aunt Hiller’s argument with a farm worker and his subsequent forcing her down into a cistern well. She managed to cling to a pipe until she was rescued by her son, David. It must have been only a matter of months that Anna lived in Maple Grove because on June 2, 1873 she was united in marriage to Christian Boettcher.

A photo of Anna Eva's gravestone in the East Bradford Cemetery, with birth and death dates, can be found at [|this link].

A record of German ships' passengers at http://www.germanimmigrants1870s.com/index.php?id=635263 lists a 21 year old Eva Zibell who traveled with her 15 year old sister, "Carlea" Ziebell and a 40 year old Carl Ziebell in 1873 and they arrived in the U.S. on April 14, 1873. Eva's occupation is listed as "gentleman's servant." It is very likely that this Eva is our Anna Eva and that Carlea is her sister Caroline. Lillian Bergstrom's account has Eva crossing the ocean at age 22 and she was born in February, 1851. So the stated age for Eva is off by a year. (Perhaps the age listed is her age when she bought her ticket.) The stated age for Caroline is consistent with birthday in February, 1859.

There remains the question of who is the Carl who travelled with them. He could not be their father, since he supposedly died before traveling and also the Carl whom we believe is Eva's father was born in 1824, There is a Carl Zibell of the right age, who was married in Sipiory in 1862. Perhaps he was a widowed relative of Eva and Caroline.

It seems very likely that the Aunt Hiller mentioned above is Anna Louise Ziebell Hiller. Information about her and her relatives is found at: http://trees.ancestry.com/tree/7455344/person/-1020343990 The most likely connection is that Anna Eva's father, Carl Ziebell, was a brother of Anna Louise. I hope to verify this from Prussian records.

Church records of births for Exin Parish show that Anna was born to Carl Zibell and Caroline Nast in February, 1851.[2]

ask our community of genealogists a question.
Sponsored Search by Ancestry.com
DNA Connections
It may be possible to confirm family relationships with Anna by comparing test results with other carriers of her mitochondrial DNA. However, there are no known mtDNA test-takers in her direct maternal line. It is likely that these autosomal DNA test-takers will share DNA with Anna: 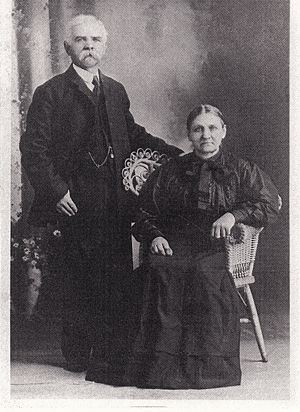 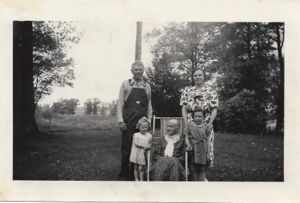 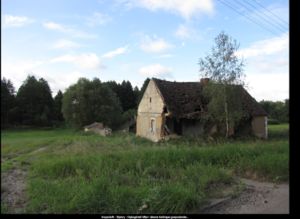 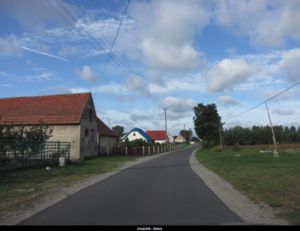 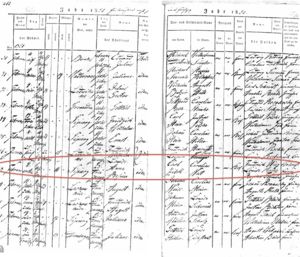