James Obit James 'Jim' R. Bergthold, Sr. (August 27, 1947 - January 25, 2014) U.S. Veteran James R. Bergthold, Sr., 66, of Niagara Falls, NY, passed from this life on Saturday, January 25, 2014 at his residence, surrounded by his loving family. Born on August 27, 1947 in Niagara Falls, NY, he was the son of the late Robert and June (Lecksell) Bergthold. Mr. Bergthold was a lifelong resident of Niagara Falls, NY and attended local schools. Jim, as he was known by family and friends, proudly served in the United States Army, during the Vietnam War, until his honorable discharge in 1968. He was the first serviceman in Niagara County to be awarded disability due to Post Traumatic Stress Disorder (PTSD). On February 5, 1969, Mr. Bergthold married the former Nancy A. Bruns. Jim worked as a dispatcher and cab driver. He enjoyed fishing.

There will be no prior visitation. If desired, memorial offerings may be made to the Disabled American Veterans, P.O. Box 14301, Cincinnati, OH 45250-0301. Arrangements have been entrusted to the care of OTTO REDANZ FUNERAL HOME, 2215 Military Road, Niagara Falls, NY 14304 (716-297-9007). To leave a personal message for the family, please visit www.ottoredanz.com or www.niagara-gazette/obituaries

People Magazine story James Bergthold battles nightmares and paranoia. "I'm told that Calley has the American dream," says James Bergthold, a machine gunner with Charlie Company. "What makes him different than me? He has a home, I have a home. He has two cars, I have two cars. If he says he doesn't have no problems, he's a liar. We all have problems."

Bergthold, 42, is not sure why, for him, the scars of My Lai are still so raw. He admits that he killed a wounded woman that day—to put her out of her misery. Yet at the time he had no qualms about the operation. "I didn't think anything of it when everyone started shooting the women and children," he says. "It was unusual, but you didn't question what the military tells you to do."

Slowly, though, feelings of anguish tightened their grip on him. Discharged from the Army soon after My Lai (he was never accused of a crime), he returned home to Niagara Falls, N.Y., and married Nancy Bruns in 1971. But, unhinged by drinking, drugs and frightening explosions of temper, he had trouble holding a job. "He was wild," says Nancy, 41. "He scared me."

Bergthold also experienced vivid flashbacks and nightmares. One recurrent vision, he says, had him back in Vietnam with his wife and three children. He would prowl the house late at night with a loaded gun—which, on occasion, he brandished at Nancy. In 1977 she and James separated for a year and a half.

Finally, in 1985, Bergthold sought help at a local Veterans Administration clinic. Antidepressant drugs helped take the edge off his rage; long sessions at a therapy center for combat vets helped him get sober. Even so, doctors have advised him to avoid the stress of a job and have asked Nancy to stay home and watch over him.

Thoughts of suicide still plague Bergthold, as do irrational fears about his children; Francine, 18, and Tracy, 14, must be home by dark. Even James Jr., 21, who no longer lives at home, checks in every day. "You think about what you did, and here you've got kids of your own. The wondering puts a lot of mental strain on you," he says. "Maybe God isn't finished punishing me yet." 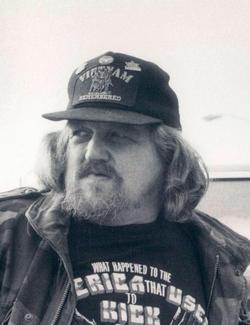 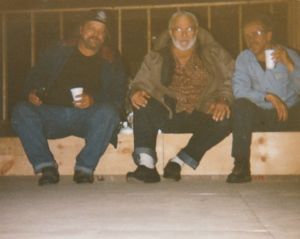 Jim is 21 degrees from Donald Howard, 19 degrees from Julia Howe and 20 degrees from Henry VIII of England on our single family tree. Login to find your connection.