Harry Hutchins was born in 1859 in Guildford district. He was the son of George Hutchins and Emma (Hooker) Hutchins.

By April 2nd 1871, George and Emma, Mabel and Harry were living in Farncombe. George was working as a carpenter.

Harry became a carpenter. He married Eva Churcher on 24 May 1885 at St John the Baptist. Harry was 27, Eva was 26; neither had been married before. Both were said to be residing in Westbourne. The fathers were George Hutchins (carpenter) and George William Churcher (farmer). The witnesses were William Edward Churcher and Caroline Eliza Bridger.

Harry died on March 23rd 1936, aged 77, at their home, 52, Kings Road, Farncombe, Godalming. He was buried on the 26th in Nightingale Cemetery, Godalming, in the consecrated section. 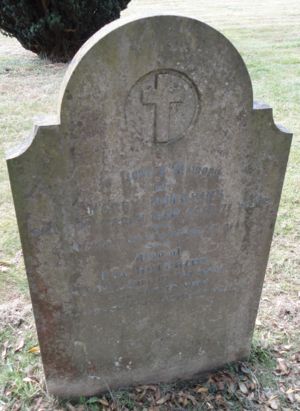