Landis, Ethel Leta, oldest daughter of C. J. and Cora Garber, was born near Alpha, Minn., July 29, 1896; died after a lingering illness at her home in Wellman, Iowa, Oct. 20, 1963; aged 67 y. 2 m. 21 d. On Aug. 22, 1917, she was married to Noah Landis, who survives. Also surviving are 3 sons (Elmer, Eldon, and Fred), 4 daughters (Berniece-Mrs. Mervin Nafziger and Bonita-Mrs. John Driver, both of Puerto Rico, Vivian-Mrs. Franklin Murray, Lockport, N.Y., and Ruth-Mrs. Delbert Erb, Argentina), 20 grandchildren, her father, 3 brothers (Lewis, Frank, and Charles), and one sister (Mary-Mrs. Harold Ely). Three children and one sister preceded her in death. She was a member of the Alpha Church until she and her husband moved to Wellman, Iowa, where he is serving the church as bishop and pastor. Funeral services were held at the Wellman Church, Oct. 23, in charge of Paul T. Guengerich and A. Lloyd Swartzendruber, and at the Alpha Church, Oct. 24, in charge of Nicholas Stoltzfus and Fred Gingerich. Interment in Riverside Cemetery, Jackson, Minn.

ask our community of genealogists a question.
Sponsored Search by Ancestry.com
DNA Connections
It may be possible to confirm family relationships with Ethel by comparing test results with other carriers of her mitochondrial DNA. However, there are no known mtDNA test-takers in her direct maternal line. It is likely that these autosomal DNA test-takers will share some percentage (beta) of DNA with Ethel: 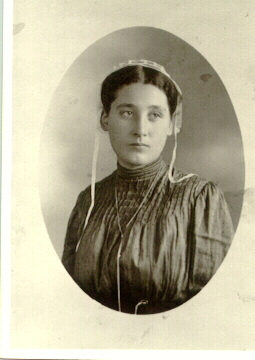 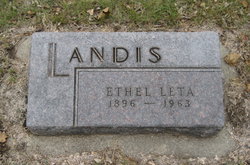