Salvatore Riina, son of Giovanni Riina and Maria Concetta Rizzo, is born in Corleone on 16 November 1930.[1] Salvatore is named after his paternal grandfather.

Salvatore, called Toto, is a member of the Mafia in Corleone. When Luciano Leggio begins a war against the boss at that time, Dr. Michele Navarra, Riina joins Leggio's side. When Leggio is imprisoned in 1974, Riina succeeds him. Both men lived in hiding from the 1960s, to avoid arrest. Riina led the Corleonese Mafia while on the run from the police, for decades, much of that time from a farmhouse on the outskirts of Corleone.

Salvatore's parents were fourth cousins, and so are he and his wife, Ninetta.

Riina had a number of public figures executed, including anti-Mafia crusaders and magistrates who prosecuted the Mafia in the courts.

In the Second Mafia War, the Corleonese overpowered their enemy factions in Palermo, to win the lucrative heroin trade, among other rackets, from the Palermitans.

Before the war, Riina and his closest associates live in hiding, in contrast to their counterparts in Palermo. As the most powerful mafiosi in Sicily, Riina is suspected of having relationships with such powerful political figures as Palermo mayors Vito Ciancimino and Salvatore Lima, and the Italian Prime Minister, Giulio Andreotti.

For the last 24 years of his life, Toto is imprisoned in Parma. He is considered a most dangerous inmate.

Is Salvatore your relative? Please don't go away!

ask our community of genealogists a question.
Sponsored Search by Ancestry.com
DNA Connections
It may be possible to confirm family relationships with Salvatore by comparing test results with other carriers of his Y-chromosome or his mother's mitochondrial DNA. However, there are no known yDNA or mtDNA test-takers in his direct paternal or maternal line. It is likely that these autosomal DNA test-takers will share some percentage of DNA with Salvatore: 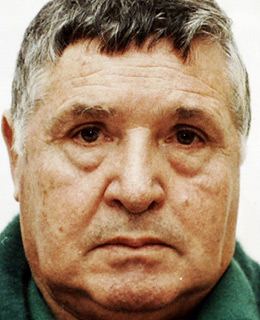 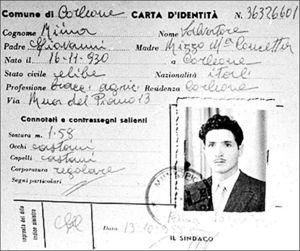