[send private message]
This page has been accessed 73 times.

The British South Africa Police force sees its origins in the Royal Charter authorising the formation of the British South Africa Company in 1889 shortly before the Pioneer Column entered the territory which was eventually to become Rhodesia. Formed and trained at Macloutsie in Bechuanaland as a mounted infantry unit, the force’s initial task was to protect the Pioneer Column during the occupation of Mashonaland. On arrival at what was to become Fort Salisbury it became evident that the force would have to assume a more civil role in policing the immediate area of occupation and later surrounding farms and mines.

The Mashonaland Mounted Police was formed in 1892 to serve this purpose and in 1893, after the Matabele occupation, the Matabeleland Mounted Police was established followed by the Matabeleland Native Police in 1894 under the control of ‘Native Commissioners’. During 1896 and the foll0wing year, the British South Africa Police was established, but as three separate Divisions, being the Matabeleland and Mashonaland Divisions. This was followed by the establishment of a BSA Police No. 1 Division in Bechuanaland. These three Divisions we part of the BSA Police by name, but no necessarily by command. Other forces, including municipal forces in both Salisbury and Bulawayo, were established before they were all amalgamated into a single force by 1909 when control of the BSA Police transferred to the Imperial Government under the command of one Commissioner of Police.

After the occupations the British South Africa Company territories became formally known as Rhodesia in 1895. But all was not well and there followed two separate uprisings by the indigenous Matabele in 1896 and the Mashona tribes in 1897, both of which appear to have taken advantage of depleted police manpower, in the wake of Dr Leander Jameson’s ill fated raid of the Boer Republic of Transvaal. The native rebellions were eventually suppressed, but here in lays the core and spirit of the nationalist struggle which began gaining ground in the late 1950. Frequent reference is made to the earlier ‘Chimurenga’ during the latter day Zimbabwe Independence struggle.

In consequence of the Jameson Raid debacle, the British High Commission in the Cape placed all Southern Rhodesian Forces, including the Police, under the command of a Commandant General, Sir Richard Martin. The force also played a small role, along side imperial and colonial troops and volunteers, in the Anglo Boer War, continuing to function as the Bechuanaland, Mashonaland and Matabeleland Divisions until their merger in 1903. The BSA Police was principally involved with the Relief of Mafeking, but also joined British forces in a number of battles, including Cannon Kopje.

The outbreak of hostilities during the First World War did not exclude conflict in the Southern African region and the BSA Police participated in actions against Germany’s colonial interests in the Caprivi Strip (then part of German West Africa, and in German East Africa (Tanzania) for which the force received its only Battle Honour. [1]

The BSA Police functioned more as a civilian police force between the wars, but remained structured in a military form. The force contributed manpower to campaigns during the Second World War, after which it went through change recommended by the Mundy Commission. The post war years saw the introduction of a third, Midlands Provincial Command and the Federal era, which brought together the Southern and Northern Rhodesian territories with Nyasaland. Their police forces remained intact.

At the close of 1963 the Federation was dissolved and there followed a further turbulent period in the history of Rhodesia with the rise of African Nationalism. This, in conjunction with the advent of the first terrorist attacks in Rhodesia, the 1964 declaration of a State of Emergency in the country, the banning of Nationalist parties, and the 1965 Unilateral Declaration of Independence changed the character of the BSA Police compelling it back to its military roots. [2]

The UDI and Rhodesian Republic

There followed a protracted civil war between Nationalist (communist aligned and sponsored) insurgents from two main camps split along tribal and ideological lines, the Zimbabwe National Liberation Army (ZANLA – mostly Shona oriented) and the Zimbabwe Peoples Revolutionary Army (ZIPRA – mostly Matabele). The evolving conflict saw the BSA Police’s engagement in full counter-insurgency operations alongside the military in all operational spheres, next to its civilian policing role.

Rhodesia changed its political face, becoming a Republic with a titular President in 1970, and, as the war escalated, so did the persona of the BSA Police transform yet further. It experienced expansion to service its obligations in the war including the introduction of National Service policemen, a much increased Support Unit establishment, and larger Special Branch and Ground Coverage operations. The opening of defined operational areas commanded by joint police and military presences was a significant aspect of the force’s history.

Abandoned by their sole ally, South Africa, Rhodesia’s white politicians eventually capitulated under British and American pressure to the concept of majority rule resulting in the birth of a short lived regime called Zimbabwe-Rhodesia with its first black Prime Minister. The new order never received acceptance within the international community, thus forcing the new regime to British sponsored all party talks at Lancaster House, culminating in the return of British rule and eventually Zimbabwean independence from Britain. [3] [4] [5] 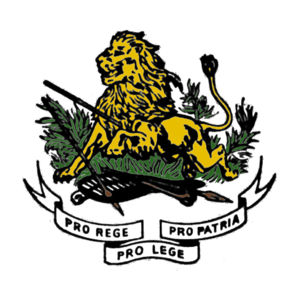