Tom Wolfe was an American author and journalist, best known for his New Journalism, in which literary techniques are used extensively.

He started off as a newspaper reporter in the 1950s, but achieved national prominence in the 1960s following the publication of such best-selling books as The Electric Kool-Aid Acid Test (a highly experimental account of Ken Kesey and the Merry Pranksters), and two collections of articles and essays, Radical Chic & Mau-Mauing the Flak Catchers and The Kandy-Kolored Tangerine-Flake Streamline Baby. In 1979, he published the The Right Stuff about the Mercury Seven astronauts, which was made into a 1983 film, directed by Philip Kaufman.

His first fiction novel, The Bonfire of the Vanities (1987), achieved both critical and commercial success. It was criticized for the excessive use of adverbs and exclamation points! It was made into a major motion picture of the same name, directed by Brian De Palma. 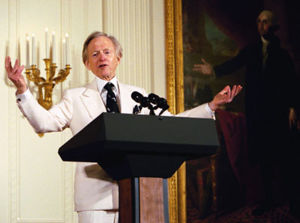 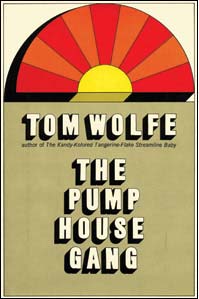 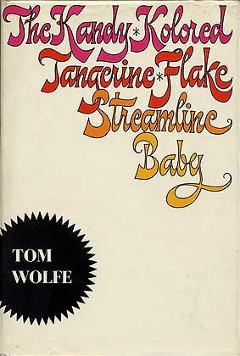 Tom is 22 degrees from Laurie Giffin, 29 degrees from Toni Morrison and 16 degrees from Henry VIII of England on our single family tree. Login to find your connection.