Samuel Adams Jr was a Founding Father in the American Revolution.

Samuel Adams was an American statesman, political philosopher, and one of the Founding Fathers of the United States. As a politician in colonial Massachusetts, Adams was a leader of the movement that became the American Revolution, and was one of the architects of the principles of American republicanism that shaped the political culture of the United States. He was a second cousin to President John Adams.

In the fifteen years before the American Revolution, that is, 1760 to 1775, Samuel Adams was above all the other patriots of that era, foremost in encouraging his fellow men to open rebellion. The Tories of that day said that Samuel was "the first man to speak of Independence," which to British sympathizers meant treason. It was Samuel Adams who rallied the Bostonian s to proclaim their opposition to the Stamp Tax in 1755. It was Samuel Adams who got his fellow citizens to vote against the trade tax that Parliament imposed on sugar.

It was Samuel Adams who organized the Boston Tea Party. When the early Patriots banded themselves together and called themselves the Sons of Liberty, the British called this organization "Sam Adams Mohawks". The greatest personal drive for independence in America prior to the Battle of Bunker Hill was coaching skill and leadership of Samuel Adams, yet this man sought no credit for it all. Probably the greatest tribute made in regard to this man was made by the Tory Boston Governor Hutchinson when he said, "Samuel Adams is leader of the greatest adventure in democracy this world has ever seen."

Sponsored Search by Ancestry.com
DNA Connections
It may be possible to confirm family relationships with Samuel by comparing test results with other carriers of his Y-chromosome or his mother's mitochondrial DNA. Y-chromosome DNA test-takers in his direct paternal line on WikiTree: 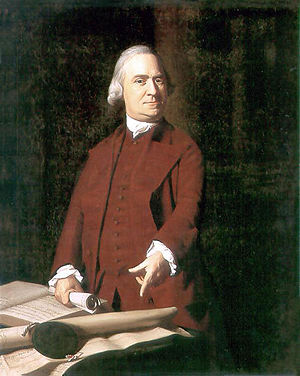 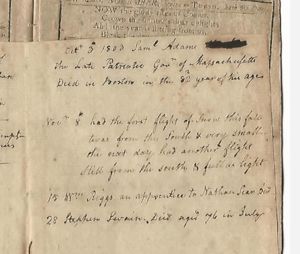 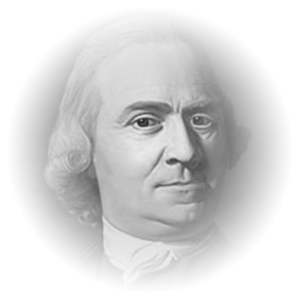 Leave a message for others who see this profile.
There are no comments yet.
Login to post a comment.
[Living Sälgö]
.
posted Apr 10, 2016 by [Living Sälgö]